In the wake of the latest Internal Revenue Service (IRS) scandals, Libertarian Party Executive Director Carla Howell says there’s only one certain way to end all such scandals, now and in the future:

“We must abolish the IRS and end any need for a regulatory agency that snoops into people’s private lives,” Howell said on May 17.

Further, Howell offers a compelling argument that this is not only possible, it would have tremendous benefits for th 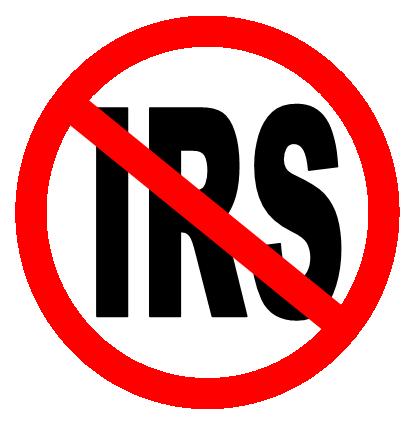 If we just cut the federal budget back to 1992 levels, Howell says, we could end the IRS and the income tax — and leave the government with more than sufficient funding to perform its constitutional obligations.

1992 was the year Bill Clinton was elected president. Few people at the time would have argued that the federal government of 1992 was too small. Indeed, a few years later, President Clinton himself would famously declare it was time to reduce the size and scope of the federal government because “the era of big government is over” and Americans needed “a smaller, less bureaucratic government… that lives within its means.”

Says the Libertarian Party’s Howell: “We must draw back total federal spending to the level of 1992, which is more than enough to fulfill the government’s constitutional duties to protect our life, liberty, and property. This will allow us to balance the budget immediately, end the federal income tax completely, and give back an average of more than $12,000 to every family in America.”

“We don’t need an income tax, and we certainly don’t need the IRS,” Howell says.

The idea of getting rid of the income tax and the IRS by reducing the federal government to its 1992 size sounds downright reasonable. Indeed, a government funded at 1992 levels would still be far too big for many Americans.

Howell notes that IRS political scandals are nothing new. “The presidential administrations of Franklin Roosevelt, John F. Kennedy, Lyndon B. Johnson, Richard Nixon, Bill Clinton, and, now, Barack Obama have all been caught using the IRS to target political enemies.

“As long as we have the IRS — and the income tax — we should expect more presidents to use their power to silence and intimidate free voices. No IRS investigation or firing of a few scapegoats will change that.”

Howell points out there are many other benefits to ending the income tax.

“Ending the income tax, abolishing the IRS, and cutting federal spending to the level of 1992 means no more deficit spending,” Howell says. “This will stop inflation and stabilize prices. Even more importantly, it will transfer wealth out of the wasteful, dysfunctional and destructive government sector and into the productive private sector, resulting in a bounty of new jobs and prosperity for Americans.

“We will make living in America and doing business in America much better,” Howell says. “Individuals, businesses, and political organizations will all be safe from government interrogation and free to express their political views. It will dramatically increase the wealth of the private sector and inspire hundreds of billions of dollars in investment in small businesses and American jobs.”

And why stop there?

“We can cut federal spending by 50 percent, or even 90 percent, and Americans will be better for it,” Howell argues. “We can end the personal income tax, the corporate income tax, the death tax, and all federal payroll taxes. There will be no need for the IRS, nor any substitute agency.”

Yet another benefit of abolishing the IRS is that it would become far more difficult to fund a massive global interventionist military presence and warfare around the world, Howell notes.

“It will also require our massive military budgets to go down, which currently encourage overseas meddling and war,” Howell says. “We get rid of the IRS, we get rid of the income tax, we dramatically downsize federal spending and taxation, and America and the world will be better for it.”

The Libertarian Party’s call to abolish the income tax and IRS echoes Ron Paul, who for years introduced the Liberty Amendment in Congress to do exactly that.

Want to convince others that this is a great idea? Here’s a four-part series of short articles by Advocates President Sharon Harris that offers suggestions for doing this: