Piers Morgan: Gun “Nuts” May Be Right About Gov’t Tyranny 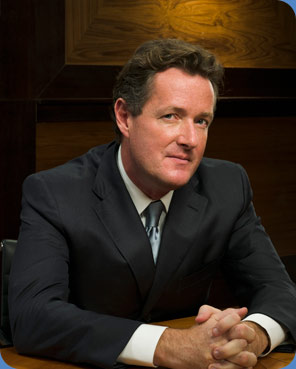 What especially sets him off is when someone on his show argues that the Second Amendment was designed to enable citizens to defend their liberty should the U.S. government turn tyrannical.

For example, when conservative political commentator Ben Shapiro made that argument on January 10 this year, Morgan sneered: “Do you understand how absurd you sound?”

Which makes the following exchange from Morgan’s May 20 show all the more remarkable.

Speaking about the Obama IRS and Associated Press scandals with his guest, libertarian magician Penn Jillette, Morgan said this:

“But, actually, when you look at this [the Obama scandals] — it’s nothing to do with guns — but actually, this is vaguely tyrannical behavior by the American government.

“There’s no doubt about that, once you use the word ‘bordering,’ that’s true,” agreed Penn Jillette. “I also think that it shows you how much we can trust the government and just sit back, which is not very much at all. We have to be ever vigilant.”