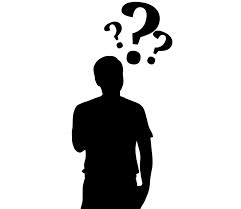 Michael Lind, progressive co-founder of the New America Foundation, recently wrote an article entitled “The question libertarians just can’t answer: If your approach is so great, why hasn’t any country anywhere in the world ever tried it?”

Asks Lind: “Why are there no libertarian countries? If libertarians are correct in claiming that they understand how best to organize a modern society, how is it that not a single country in the world in the early twenty-first century is organized along libertarian lines?”

Lind presumes this is a devastating attack on the very foundation of libertarian thought. Indeed, he asks, why isn’t libertarianism “discredited by the absence of any libertarian regimes in the real world?”

Of course, many libertarians realize this is not a new question at all. It’s actually quite common.

And there are many good answers to it — as libertarians promptly proved by providing them.

Jacob G. Hornberger, founder and president of The Future of Freedom Foundation, not only provided his own excellent answer, but did libertarians a further favor by offering links to some of the best answers.

Here are the links Hornberger offered (and a few more):

Michael Lind’s Bad Argument Against Everything by W.W. Houston

Why are there no libertarian countries? by Matt Mitchell

This is just a sampling. There are many other worthwhile and insightful responses on the web.

As libertarianism continues to gain ground, such challenges will be more common. It is vital that libertarians have effective, friendly and persuasive responses. These links offer important information and arguments to let you craft your own answers.