They Said It… With Ron Paul, Antonin Scalia And More

TAXATION IS CONFISCATION: “The latest scandal in

Washington, of course, is raising questions about the IRS. You know, I have a question. Why is it called the Internal Revenue Service? How is having your money confiscated a service?” — Jay Leno May 23, 2013

SOME GOOD FROM TAX SCANDAL: “A Democratic congressman said that he worries that the IRS scandal might have a chilling effect on the IRS and that they might be afraid to audit people. So finally some good is coming out of all of this.” — Jay Leno May 23, 2013 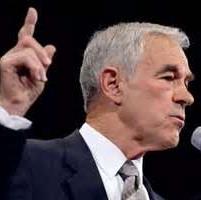 “While it is important for Congress to investigate the most recent scandal and ensure all involved are held accountable, we cannot pretend that the problem is a few bad actors. The very purpose of the IRS is to transfer wealth from one group to another while violating our liberties in the process, thus the only way Congress can protect our freedoms is to repeal the income tax and shutter the doors of the IRS once and for all.” — Ron Paul, “The IRS’s Job Is To Violate Our Liberties,” Texas Straight Talk, May 20, 2013.

DON’T FUND AL-QAEDA: “We should not aid the allies of al-Qaeda in Syria, nor should we be giving weapons to radical extremists who might use them against Syria’s two million Christians.” — Senator Rand Paul (R-KY) arguing against arming Syrian rebel groups allied with Al-Qaeda. See ten-minute Senate video of Paul arguing this before the U.S. Senate Committee on Foreign Relations here.

CUT GOV’T, END POVERTY: “The Feds spend almost 4 trillion dollars and most people have no clue about what to cut? Well, I have a few ideas. Who needs a Commerce Department? Commerce… just happens. The Education department? Department of Energy? Labor? Cut those too! If we cut government to the limited government the founders had in mind, poverty would become something so rare our kids would have to learn about it in history books.” — libertarian journalist John Stossel, “The Fight Over ‘Austerity,'” May 30, 2013. 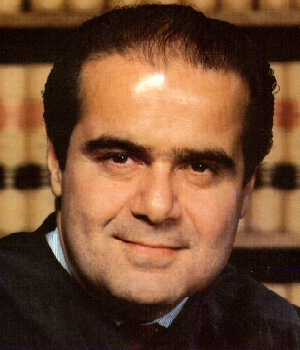 SUPREME COURT SAYS NEVER MIND THAT PESKY FOURTH AMENDMENT: “The Fourth Amendment forbids searching a person for evidence of a crime when there is no basis for believing the person is guilty of the crime or is in possession of incriminating evidence. That prohibition is categorical and without exception; it lies at the very heart of the Fourth Amendment. … Make no mistake about it: As an entirely predictable consequence of today’s decision, your DNA can be taken and entered into a national DNA database if you are ever arrested, rightly or wrongly, and for whatever reason. …I doubt that the proud men who wrote the charter of our liberties would have been so eager to open their mouths for royal inspection. ” — Justice Antonin Scalia in his dissenting opinion in Maryland v. King, June 3, 2013. The Supreme Court ruled 5-4 that police can collect DNA from people merely arrested, not convicted of a crime.

THE REAL PURPOSE OF GOV’T SCHOOLS: “The real purpose of public (i.e., government) schooling is to produce good little citizens who defer to the authority of the federal government. Through 12 years of regimentation within an army-lite structure, the minds of people are gradually molded from childhood to trustingly defer to the judgment of federal officials, especially when it comes to things like ‘national security.'” — Jacob G. Hornberger, President of the Future of Freedom Foundation, “An Example of Deference to Authority,” May 31, 2013.

JOBS, WHO NEEDS ‘EM: “President Obama gave the commencement address at Morehouse College over the weekend. Great speech, very inspiring. He told the young graduates their future is bright — unless, of course, they want jobs.” — Jay Leno May 21, 2013.