The Surveillance Scandal: The Right — and the Wrong –Terms

“In the animal kingdom, the rule is, eat or be eaten; in the 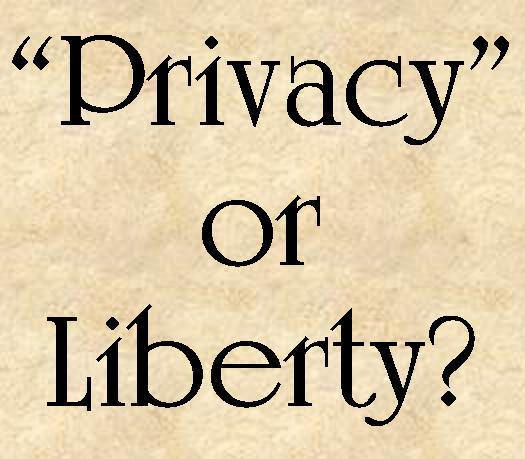 human kingdom, define or be defined.”

Define or be defined. That’s a key principle of effective communication.

You can see this at work right now, in the unfolding scandal concerning government surveillance and the resulting public debate.

Those who defend such programs are using specific words to attempt to redefine and change what is at stake in this debate.

“I think it’s important to recognize that you can’t have 100 percent security, and also then have 100 percent privacy and zero inconvenience,” President Obama said this month. “We’re going to have to make some choices as a society.”

Similarly, I’ve watched TV pundits and talk show hosts discuss this issue over and over again — always using the word “privacy” and talking about “the debate over balancing security with privacy.”

What’s going on here? The president and his supporters are attempting to define — or perhaps more accurately, redefine — the debate.

They want us to see this, and discuss this, as a question of “privacy” and “convenience” versus “security.”

Or even better for them, as Obama puts it in the quote above: “100 percent privacy and zero inconvenience” versus security.

They want these words and phrases to define the debate because, if we debate using these terms, they win.

The argument that we must compromise on “privacy” and “convenience” sounds so reasonable. After all, don’t we all routinely relinquish some privacy for other values? For example, we voluntarily give websites like Facebook our personal information, in exchange for the value of being able to use their services. We give credit card companies detailed information about our financial and personal lives for the benefits of using their cards.

As for “convenience,” it sounds unreasonable — in fact, downright selfish — not to be willing to give up something so trivial as a little convenience in order to protect Americans from terrorism.

That’s the argument the administration and its defenders want to make. It’s how they want to frame the debate.

But “privacy” and “convenience” are not what this debate is about. Not at all.

“Privacy” and “convenience” are squishy, malleable, non-political terms. It’s easy to imagine “striking a balance” between them and something so vital as security.

But it’s far harder to imagine “balancing” your fundamental liberty. Anyone familiar with politics and history can see that such balancing acts quickly tip over to the government side.

They want to change the debate. Don’t let them.

Don’t use terms like “privacy” and “convenience” when discussing this issue. You lose every time these words are the ones used to describe what’s at stake in this debate. Politely but firmly object to them if politicians and others use them.

Point out that this debate is about liberty. The Fourth Amendment. Fundamental Bill of Rights freedoms. The Constitution. Constitutional guarantees. Basic rights. Core freedoms.

This is also a great time to memorize, and quote, the words of Benjamin Franklin: “Those who would give up essential Liberty, to purchase a little temporary Safety, deserve neither Liberty nor Safety.”

And the words of President Obama, in 2009: “As for our common defense, we reject as false the choice between our safety and our ideals.”

Define — or be defined.