Advancing Liberty Is Like Driving a Car at Night

(From the Persuasion Point Section of Volume 18, No. 14 of the Liberator Online. Subscribe here.) 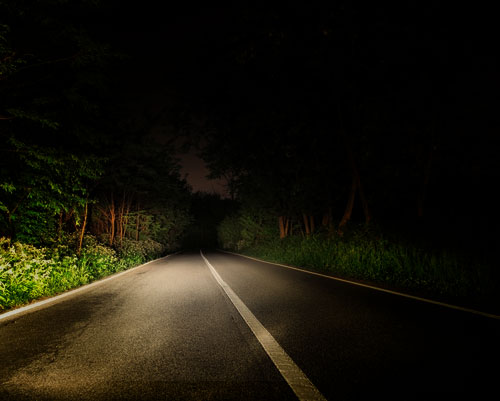 There has never been a libertarian country. No time and no land has ever been fully free.

Some of our ancestors made progress. Made inroads to freedom. The Magna Carta. The Declaration of Independence. The Constitution of the United States of America.

But all had deep flaws, failings and shortcomings. Even in America, they allowed slavery. Or failed to recognize the rights and freedoms of women. Or violated the life, liberty, and property of native Americans. Or allowed blue laws. Or condoned Jim Crow laws. Or deprived gay men and lesbians of rights and liberties that we recognize for heterosexual men and women. Or shamelessly violated — and continue to violate — everyone’s natural or Constitutional rights — trampling on our fundamental Bill of Rights liberties.

We have partial freedom. More than many, but less than we could have and should have. We must find and drive an unmarked road to full freedom.

“Advancing liberty is like driving a car at night. You never see further than your headlights, but you can make the whole trip that way.” — adapted from E.L. Doctorow.

The headlights keep us on the road, but the freedom road markers make sure we’re moving toward a more complete liberty.

Freedom Road Marker: “Does this proposal cut government spending — AND return every penny to the taxpayers?”

Freedom Marker: “Does this proposal shrink government — or not?”

Freedom Marker: “Does this expand liberty — or not?”

Freedom Marker: “Does this reduce the size or spending or taxing or power or authority of government — or not?”

If we keep driving in the direction of small government and individual liberty, we will reach our rightful destination: a libertarian America.

In 2000, Michael was honored with the Thomas Paine Award as the Most Persuasive Libertarian Communicator in America.