(From the Intellectual Ammunition section in Volume 18, No. 13 of the Liberator Online. Subscribe here!) 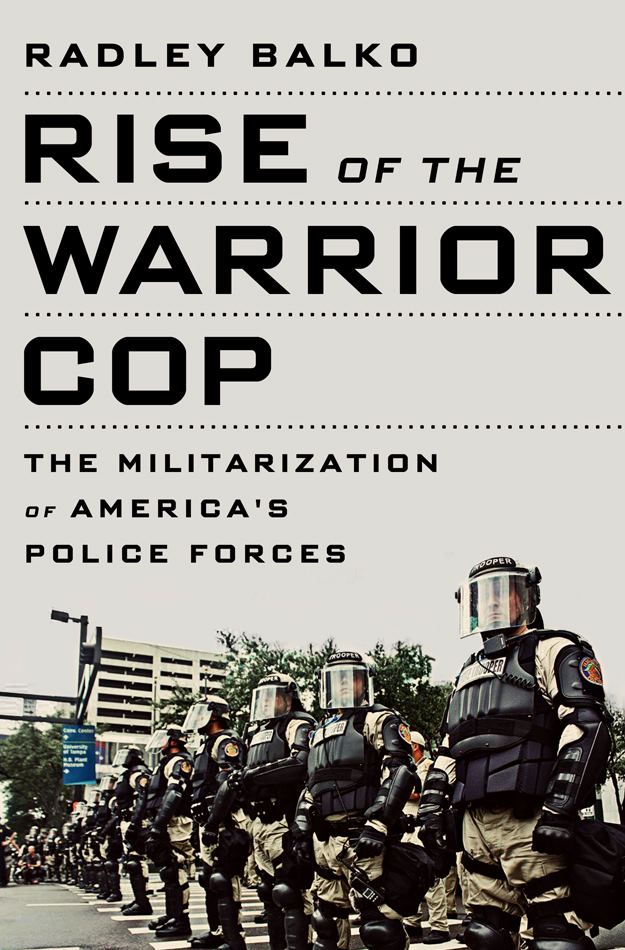 For several years award-winning libertarian investigative journalist Randy Balko has been covering an extremely important story that few other journalists have touched: the increasing militarization of U.S. police and the danger this poses to American liberties.

Rise of the Warrior Cop is Balko’s brand-new book on the topic of militarized police, and it is a chilling eye-opener. Anyone who cares about liberty should give it serious attention.

Balko shows how bad laws (the War on Drugs being a prime example), anti-liberty politicians, and America’s various “wars” against vague ill-defined enemies like crime, drugs, and terror have transformed America’s police force. The distinction between a cop and a soldier has been blurred to the point where they are often indistinguishable.

Today’s police have arguably become an internal army — something the Founders feared and warned about. Indeed, according to Balko, police today have been conditioned to see the citizens they serve as an “other” — an enemy. In enforcing tyrannical laws like drug prohibition, they are actually engaging in a violent war against the people whose liberty and property they are supposed to protect.

America wasn’t supposed to be like this. And this isn’t an anti-cop book; good police will welcome it. It is a warning about how bad laws and bad politicians have transformed the police into something they were never supposed to be. Balko offers sensible suggestions to defuse and reform this situation.

Balko’s carefully researched book covers history, politics, and constitutional law. It is breathtaking and terrifying, and it is one of the most original libertarian books in years. Balko has exposed a grave danger to American freedom, and his argument deserves major national attention.

You can read a lengthy excerpt from Rise of the Warrior Cop for free, courtesy of the American Bar Association’s ABA Journal website.