EDWARD SNOWDEN — “AN OBLIGATION TO ACT”: 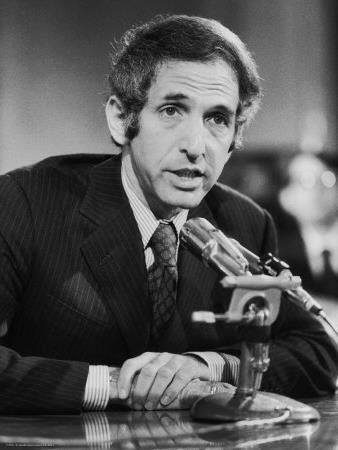 “There has not been in American history a more important leak than Edward Snowden’s release of NSA material — and I include the Pentagon Papers 40 years ago. … the Founders of America never fathomed the kinds of surveillance powers that have now been turned against Americans — nor would they ever have granted to a spy agency the vast, sweeping powers we’ve learned of recently. …this may be our last chance to rein in the surveillance state.” — Daniel Ellsberg, renowned leaker of the Pentagon Papers 40 years ago that exposed the U.S. government’s criminal Vietnam War secret strategy.

“This may come as a surprise to some — especially considering that each and every member of the military is of course a government employee — but there is a very strong libertarian streak running within the United States military, particularly the lower and middle ranks. I wrote during the 2012 primary season about the appeal Ron Paul held for soldiers, and…I’m noticing military libertarianism increasing, not decreasing, among the more politically aware and engaged officers and enlisted.” — David French, “Would a Libertarian Military Be More Lethal?” National Review Online, July 9, 2013.

EVEN PATRIOT ACT AUTHOR IS SHOCKED:

“As the author of the Patriot Act, I am extremely troubled by the FBI’s interpretation of [the Patriot Act]…  Seizing phone records of millions of innocent people is excessive and un-American.” – Rep. Jim Sensenbrenner (R-WI), who introduced the Patriot Act in 2001, arguing in a press release that the federal government has gone far beyond what he and other Patriot Act supporters ever intended, June 6, 2013.

MR. GORBACHEV DON’T TEAR DOWN THAT WALL, JUST MOVE IT OVER HERE:

“We’ll be the most militarized border since the fall of the Berlin Wall…” — Sen. John McCain (R-AZ) arguing for legislation to increase the number of border patrol agents by 20,000 and fund the construction of 700 miles of fencing along the U.S.-Mexico border.

JAY LENO ON OBAMA VS LIBERTY:

“President Obama is currently on a week-long trip to Africa, where he will promote freedom, democracy, and economic opportunity. I guess he figured it hasn’t worked here — so try it somewhere else.” — Jay Leno, June 27, 2013.