FREE E-Book: After the Welfare State

(From the Intellectual Ammunition section in Volume 18, No. 22 of the Liberator Online. Subscribe here!)

“Young people today are being robbed. Of their rights. Of their freedom. Of their dignity. Of their futures. The 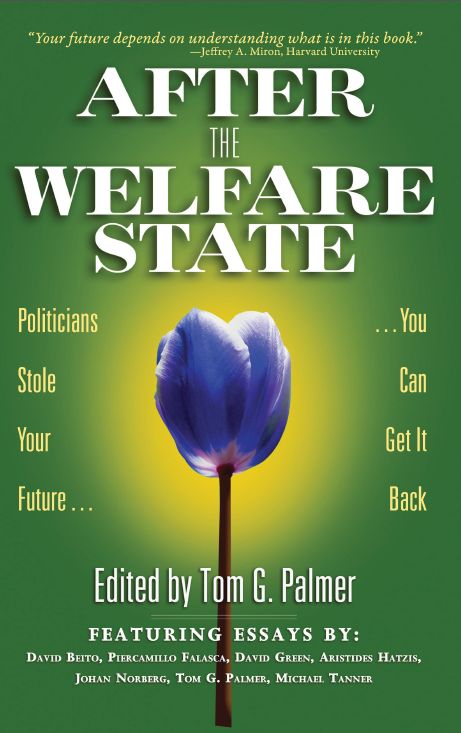 culprits? My generation and our predecessors, who either created or failed to stop the world-straddling engine of theft, degradation, manipulation, and social control we call the welfare state.”

So writes libertarian scholar Tom G. Palmer in the introduction to After The Welfare State, a short, readable and highly enlightening look at the origins, failures, and tyranny of the welfare state — and alternatives to it.

Edited by Palmer, the book contains essays by Palmer and other experts. It is published by Students for Liberty and the Atlas Network.

You can download it as a FREE PDF eBook here.

Inexpensive hard copies, and free copies in bulk for student libertarian groups to distribute, are also available. You can learn more about that here.

Praise for After the Welfare State:

“This book provides a superb introduction to the folly of the welfare state. The historical examples, the discussion of adverse consequences from existing welfare programs, and the moral arguments against government-imposed redistribution are all compelling background for anyone who cares about our future prosperity. Your future depends on understanding what is in this book.” — Jeffrey Miron, Director of Undergraduate Studies in the Department of Economics, Harvard University.

“After the Welfare State makes serious economic analysis of current events readable, enlightening, and enjoyable. Spending other people’s money — even with the best of intentions — is a recipe for conflict and even catastrophe, as the authors demonstrate in one country after another.” — Donald J. Boudreaux, Professor of Economics, George Mason University.