GOP “VS” OBAMACARE: “It is not an exaggeration to say the GOP establishment is more sympathetic to Obama’s case for the centralized welfare state than to the Tea Party’s case for limited government and individual liberty. … Remember, Republicans are the guys who gave us a new Medicare prescription-drug entitlement when Medicare was already tens of trillions of dollars in debt. They are the guys who ran in 2012 as the saviors of Medicare — even though they well knew that slamming Obama over taking money out of Medicare would make it much more difficult to address Medicare’s unsustainable costs in the future. They are the guys who accept core premises of Obamacare: Republicans do not make the case that health care is like any other commodity in a free market rather than a corporate asset to be centrally managed. The disagreement between statist Democrats and the GOP establishment is about the degree of government intrusion in health care, not the matter of government intrusion in principle. Republicans are also the guys who want to keep some of Obamacare’s core, anti-free-market elements — e.g., provisions that forbid denial of coverage owing to preexisting conditions and that keep ‘children’ on their parents’ coverage until age 26.” —Andrew C. McCarthy, “The Art of the Impossible,” National Review Online, October 19, 2013.ABOLISH THE U.S. DEP’T OF DYSTOPIA: “From its inception, the [Department of Homeland Security] has

operated as something akin to a federal Department of Dystopia, encouraging the proliferation of surveillance cameras, armed personnel carriers and police drones across Main Street America with some $35 billion in Homeland Security grants. … [The] Senate should abolish Homeland Security.” — Gene Healy, Cato Institute, “Instead of Confirming Jeh Johnson, Senate Should Abolish Homeland Security,” DC Examiner, October 21, 2013. 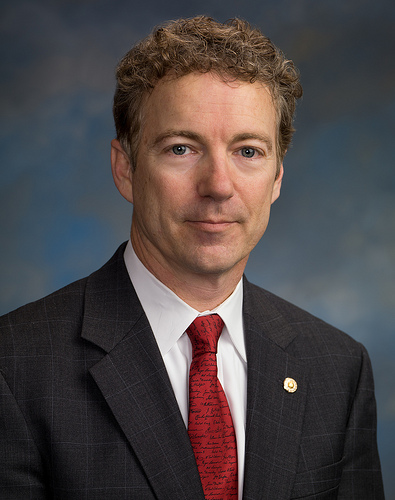 Lewis recalls a case where he had to send a 19-year-old to prison for 10 years for ‘conspiracy.’ What was the ‘conspiracy?’ This young man had been in a car where drugs were found. I don’t know where many of you in this chamber went to high school, but I’m pretty sure one of us might have been in a car in our youth where someone might’ve had drugs. As this young man was sentenced to a decade behind bars, he turned and screamed for his mother as he was escorted away. Before the arrest, this young man was going to be the first in his family to go to college.” — Sen. Rand Paul (R-KY) testifying in favor of ending mandatory minimum sentencing before the Senate Judiciary Committee, Sept. 16, 2013.

FIRST OBAMACARE, THEN… “Canada Has Death Panels — And That’s a Good Thing.” — title of article at Salon.com by Adam Goldenberg, Oct. 21, 2013. Excerpt: “When taxpayers provide only a finite number of acute care beds in public hospitals, a patient whose life has all but ended, but whose family insists on keeping her on life support, is occupying precious space that might otherwise house a patient whose best years are still ahead.”

THE FASTEST WAY TO NOT: “In San Francisco, Apple unveiled its new products. Apple said, ‘This iPad is the fastest and most vivid way to not be able to log on to the Obamacare website.'” — Jimmy Kimmel, Oct. 22, 2013. 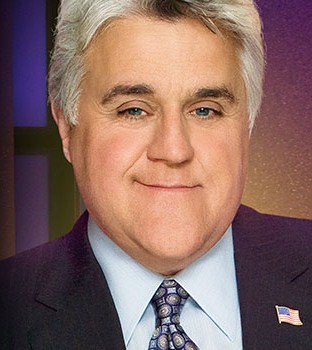 LENO ON OBAMACARE INNOVATION: “Here’s my favorite part: The president said yesterday that if it’s taking too long you can bypass the [Obamacare] website and enroll by mail. Only the federal government could come up with a website that’s slower than sending something by mail!” — Jay Leno, Oct. 22, 2013.LENO: PUT NSA IN CHARGE OF OBAMACARE WEBSITE: “What the president should do is put the NSA in charge of the website. That way there’s nothing to fill out. They already have all our information. You just put your name in.” — Jay Leno, Oct. 24, 2013.