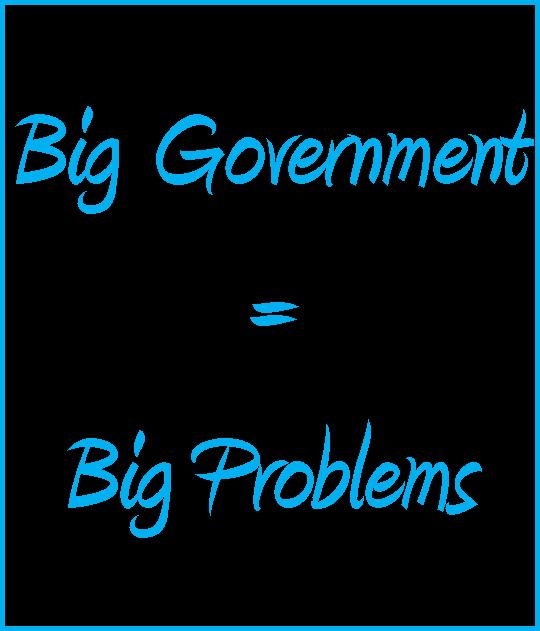 For nearly 50 years Gallup has polled the American public on this question: “In your opinion, which of the following will be the biggest threat to the country in the future — big business, big labor, or big government?”

In mid-December Gallup announced this year’s result: Fully 72 percent of Americans now say big government is a greater threat to the U.S. than either big business or big labor.

That’s an all-time record — and by a sizeable margin.

A majority of Americans have always chosen “big government” when asked this question. But the 72% choice of big government as the biggest threat is the largest ever, far surpassing the prior record of 65% in 1999 and 2000.

(For comparison, when the poll was first taken in 1965, only 35% of Americans thought big government was the greatest threat.)

This year just 21% named big business as the greatest threat, and only 5%, a record low, said big labor.

Further, the response is consistent across party lines. Gallup notes: “Each party group currently rates big government as the greatest threat to the country, including a record-high 92% of Republicans and 71% of independents, as well as 56% of Democrats.”

Concludes Gallup: “This suggests that government policies specific to the period, such as the Affordable Care Act — perhaps coupled with recent revelations of government spying tactics by former NSA contractor Edward Snowden — may be factors.

“Americans have consistently viewed big government as a greater threat to the United States than either big business or big labor, but never more than they do now. That may be partly a reaction to an administration that favors the use of government to solve problems. Also, the revelation of widespread government monitoring of U.S. Internet activity may be a factor in raising Americans’ concern about the government. …