Do You Prefer Cats, Dogs — Or Liberty?

(From the President’s Corner section in Volume 19, No. 2 of the Liberator Online. Subscribe here!) 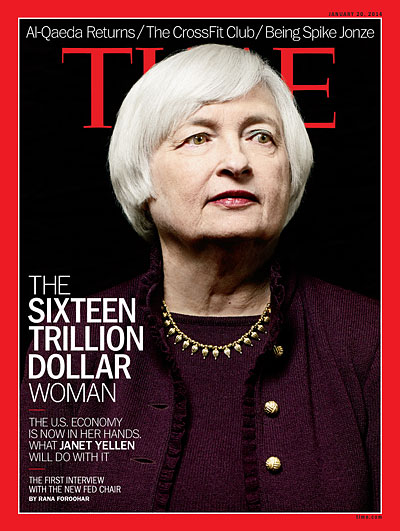 As president of the organization that publishes the world’s first and most popular online political Quiz, I was naturally interested when TIME magazine posted an online political quiz this month in an article entitled “Your Personality Makes Your Politics.”

“Can TIME Predict Your Politics?” the article’s subhead asked.

Alas, for me — and, I suspect, many other readers — the answer was a resounding NO.

I took their quiz, and TIME’s description of my political views was wildly out of synch with what I believe. Not even remotely close. And I found some of the questions downright bewildering.

There are several reasons for this, which I’ll discuss in a moment.

But the main reason TIME got my position so very, very wrong is that my political view — libertarian — was not one of the possible answers.

Yes, that’s right. TIME’s quiz attempts to shoehorn every taker’s politics as some variant of liberal, conservative, or moderate.

And there’s simply no excuse for that.

Numerous recent surveys indicate that 15%-20% or more of Americans are more libertarian than either liberal or conservative. The 2012 Cato Institute book The Libertarian Vote: Swing Voters, Tea Parties, and the Fiscally Conservative, Socially Liberal Center explores these results at length, and concludes that 10 to 20 percent of Americans are fiscally conservative and socially liberal-libertarian.

In August 2000 the Rasmussen polling firm gave the Advocates’ World’s Smallest Political Quiz to nearly 1,000 representative American voters. Our Quiz is a far more rigorous test of one’s libertarian leanings than the looser definitions typically used by polling firms. Yet fully sixteen percent scored in the libertarian sector then — a figure roughly identical to Cato’s estimate.

And the numbers are growing fast. An August poll by FreedomWorks found that fully “78 percent of Republicans and GOP-leaning independents self-identify as fiscally conservative and socially moderate.” Further: “Told that libertarians generally believe individuals should be free to do as they like as long as they don’t hurt others and that the government should keep out of people’s day-to-day lives, 58 percent of the full national sample said they agree.”

Any attempt to identify American’s political leanings that leaves out many of these millions of libertarians and libertarian-leaners is thus doomed to fail.

The inadequacies of the left-versus-right model of politics was the main reason David Nolan created his now-famous Nolan Chart back in 1971, the graphic foundation of the Advocates’ World’s Smallest Political Quiz.

By showing that there was more to politics than just left versus right, our 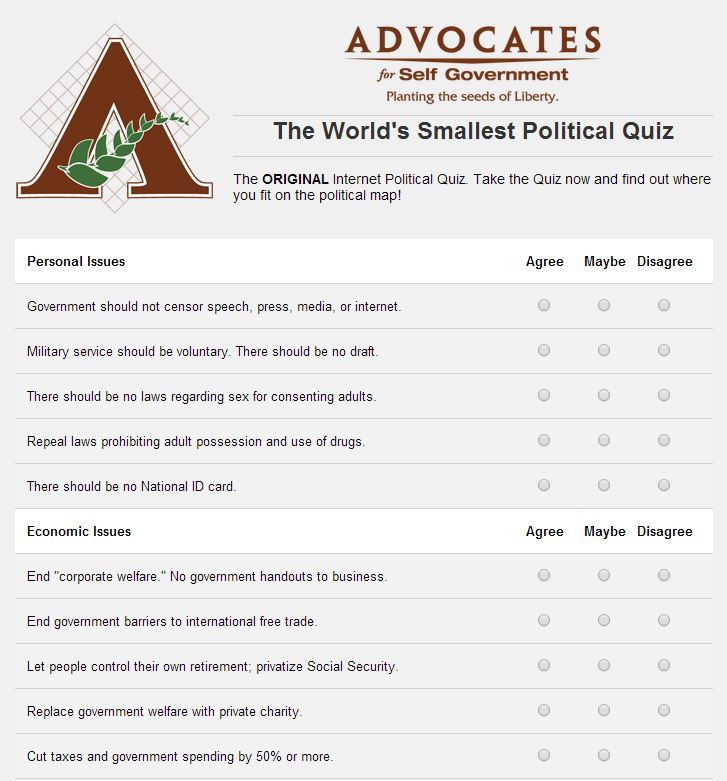 This accuracy is one reason the Quiz rapidly became the world’s most popular political quiz. It’s been taken over 20 million times online. It’s been recommended by numerous major high school and college textbooks and is used in classrooms across America. It’s been translated into several languages and reprinted in newspapers and magazines with total circulations in the many millions.

All of this is because it works. Because it provides honest, essential, enlightening insights into politics. Because it realizes that no discussion of modern American politics makes sense without including the distinctive libertarian view (and its mirror-opposite, statism).

But back to the TIME quiz.

I have a lot of respect for the researcher behind TIME’s quiz. Jonathan Haidt is the author of the outstanding 2012 book The Righteous Mind: Why Good People are Divided by Politics and Religion, which is carefully researched and rich in political insights. I recommend it.

That book shows Haidt has a solid understanding of libertarianism and, more than that, an appreciation of what libertarians believe. And I’m a strong proponent of Haidt’s goal of fostering more productive political discussions through a greater understanding of different viewpoints.

TIME’s quiz isn’t a traditional political quiz. It tries to identify your politics based on a number of seemingly non-political questions that have been found to correlate with a person’s political leanings. The first question, for instance is, “Do you prefer cats or dogs?”

This is an interesting line of research, but since libertarians apparently aren’t included in this — and since the overriding value of libertarians is political liberty across the board, trumping cultural or lifestyle matters — I would think it would be hard to identify libertarians in such a way (though I could be wrong). Perhaps the quiz’s lack of a libertarian score indicates this.

A few of the questions also suffer from ambiguity in wording, something libertarians are especially sensitive to. Like “Respect for authority is something all children need to learn.” What KIND of authority? Political? Family? School? Religion? Tell us more! For libertarians, the key political question is always: Is force being initiated?

By the way, Haidt himself acknowledges the problems with the left-right line. In the introduction to his TIME quiz, he notes: “many people can’t place themselves along the liberal-conservative dimension — such as libertarians, or people who find wisdom on both sides on different issues.” The results, he says, is that the TIME quiz has “moderate predictive power.”

Given this, TIME’s Quiz — like all efforts at political measurement based on the hopelessly inadequate left-versus-right model — is doomed to not work for millions of us — or to produce less than satisfying results overall.

Back to the drawing board, TIME! Meanwhile, why not offer the World’s Smallest Political Quiz to your readers — as the Washington Post, London Sunday Times, Atlanta Journal-Constitution, Miami Herald and many other outstanding publications have done?