IS SANTA CLAUS A DEMOCRAT, REPUBLICAN, OR… “If Santa Claus were a Democrat, his elves wouldn’t make toys. They’d loot them from rich kids and toy stores. If Santa were a Republican, he’d deport all the elves back to Middle Earth. So Santa must be a Libertarian.” — online comment by “gatman7,” responding to an article at TheBlaze.com discussing whether Santa is a Democrat or Republican, December 11, 2012. 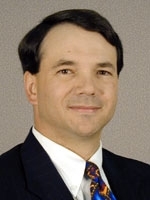 Santa. But government is not magic. … Many adults want government to cover everything under Santa’s flying sleigh. Their wish lists say, ‘subsidize my retirement, my big house, a year’s worth of unemployment, my medicine, my college loans, my electric car, my auto company, my union, my bank, my bad decisions in general, and my ethanol and solar companies.’  But unlike Santa’s bottomless bag of toys, every subsidy government gives to someone must first be taken from someone else. For every happy kid there is another whose toy was ripped from his hands.” — Joseph G. Lehman, “Government as Santa,” op-ed, The Mackinac Center,  Dec. 25, 2012.

A TSA CHRISTMAS: “It’s so cold that the security guys at the airports are putting their hands in their own pants.” — David Letterman, Dec. 7, 2010.