Campaign Expert: A Libertarian President — Sooner Than You Think

(From the Intellectual Ammunition section in Volume 19, No. 4 of the Liberator Online. Subscribe here!)

Good news! Libertarianism is spreading fast, especially among the young. As a result, we may 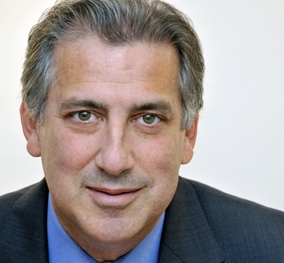 see a libertarian president — a lot sooner than we might think.

That’s the startling but fact-based opinion of highly-respected Democratic presidential campaign expert Joe Trippi. Trippi has long been a leading figure in Democratic presidential politics, He was manager of the innovative, Internet-savvy 2004 presidential campaign of Vermont governor Howard Dean, and he has worked on the campaigns of Edward Kennedy, Walter Mondale, Gary Hart, Dick Gephardt, Jerry Brown and most recently John Edwards. He has also worked on numerous other campaigns both in America and abroad.

Trippi made his startling prediction in an interview with Reason TV’s Todd Krainin.

“The younger generation is probably the most libertarian and sort of tolerant, and has more libertarian values, I’d say, than any generation in American history,” Trippi told Reason TV.

Trippi notes that libertarians are strongly aligned with young voters on issues that liberals and conservatives in the major parties won’t address — such as legalizing marijuana and other drugs, and opposing NSA spying, drone killings, and other constitutionally-questionable policies.

This creates a golden opportunity for a savvy libertarian. Trippi thinks a candidate such as Sen. Rand Paul (R-KY) could run — and win — the Republican Party nomination, in a move that could revolutionize the GOP’s ideological identify.

“[Rand Paul] is so far the likely embodiment of who’s going to raise the flag and take the hill,” says Trippi. “And I think [he] has a real shot at taking [the GOP nomination].”

Winning the general election as a libertarian Republican would be difficult, Trippi acknowledges, though not impossible. However, there is another newly-viable route. Trippi says it is virtually inevitable that we will soon see a candidate running as an independent, outside the party system entirely, with a significant chance to win.

Independent campaigns have more potential power for success than ever before, he says. The Internet, Trippi notes, is increasingly making political parties and traditional fundraising methods obsolete. Further, surveys indicate that voters are disgusted with both parties.

Libertarians are poised more than any other political group to take advantage of this new post-party political world, and by running as an independent such a candidate could appeal to voters of both parties who might prefer libertarian ideas to those being offered by Establishment Democrats and Republicans. He also predicts we will soon see more independent candidates in Congress.