Campaign for Liberty: National ID Is Back

(From the Intellectual Ammunition section in Volume 19, No. 4 of the Liberator Online. Subscribe here!)

Bad ideas never seem to go away. The Republican House leadership has unveiled brand-new “Immigration Reform Principles” — and the pro-liberty organization Campaign for Liberty reports this proposal resurrects once again the foul idea of a national ID. 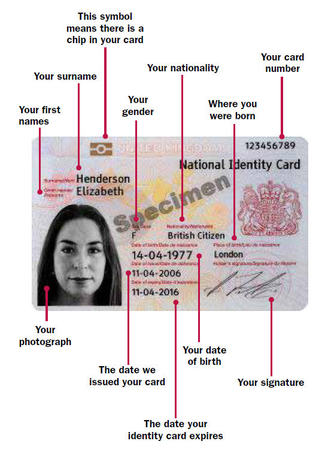 In a section entitled “Employment Verification and Workplace Enforcement” the plan says: “In the 21st century it is unacceptable that the majority of employees have their work eligibility verified through a paper based system wrought with fraud. It is past time for this country to fully implement a workable electronic employment verification system.”

This, warns Campaign for Liberty, will require a new national ID card based on Social Security cards — cards that would:

* Be tied to a national database containing biometric identification information, potentially including fingerprints, retinal scans, or scans of veins on the back of your hands, which could easily be used for government tracking.

* Be required for all U.S. workers regardless of place of birth, making it illegal for anyone to hold a job in the United States who doesn’t obtain this ID card;

* Require all employers to purchase an “ID scanner” to verify the ID cards with the federal government. Every time any citizen applies for a job, the government would know — and, warns Campaign for Liberty, it’s only a matter of time until ID scans will be required to make even routine purchases, as well.

Further, according to Campaign for Liberty President John Tate, this sets us up for a swift slide down a steep slippery slope:

“Gun ownership, health records, purchasing habits, religious beliefs — virtually anything you could dream up could all be added to this massive national ID database.

“And doing so wouldn’t even require a vote by Congress. Instead, it could happen with a simple stroke of a president’s pen.

“This is exactly the type of battle that often decides whether a country remains free or continues down a slide toward tyranny.”

Liberty-minded folks across the political spectrum have denounced the insidious dangers of these schemes. See Wired, the ACLU, Reason, and the conservative Rutherford Institute, for starters.