(From the One-Minute Liberty Tip section in Volume 19, No. 3 of the Liberator Online. Subscribe here!) 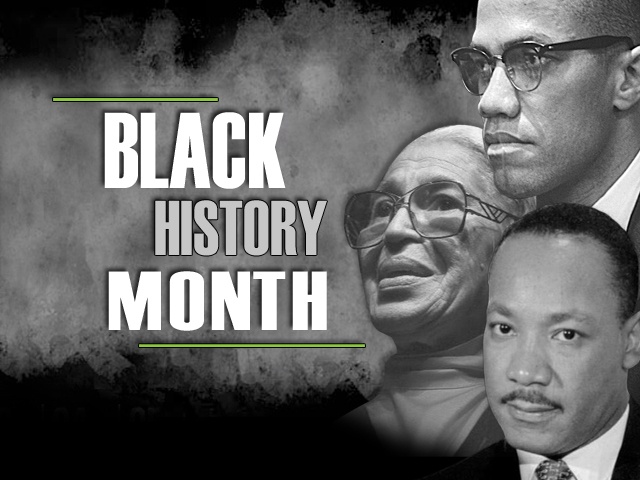 new and receptive audiences. Every libertarian should collect a selection of facts and stories to share on those occasions. (We offer them frequently in the Liberator Online.)

February is Black History Month. This event, observed annually since 1976, opens the door for discussions on issues key to libertarians.

If anyone should be receptive to the message of libertarianism, it should be black Americans, who as a group have suffered from government oppression more than any other ethnic group in America, and whose historical and ongoing struggle for freedom is arguably the most dramatic one in our history.

And that story — the story of a people savagely oppressed by government power for centuries and bravely fighting to overcome that oppression — is one that Americans of all races would benefit from pondering. Libertarians have a unique angle to bring to that discussion.

As a start, I recommend “The Law Perverted: A Libertarian Approach to Black History Month,” an article by James Padilioni, Jr. of Students for Liberty. It will stimulate your thinking on this issue and provide a seldom-heard historical and theoretical background.

Black History Month is an excellent time to show how government coercion was and is the chief engine of the oppression of black Americans, as well as Americans in general. One obvious example is the War on Drugs, which is horrible for all society and from which blacks suffer disproportionately.

Here are some resources:

* “How the War on Drugs is Destroying Black America,” John McWhorter, Cato Institute.

* “Race and Prison,” drugwarfacts.org. Excerpt: “Mass arrests and incarceration of people of color — largely due to drug law violations — have hobbled families and communities by stigmatizing and removing substantial numbers of men and women. In the late 1990s, nearly one in three African-American men aged 20-29 were under criminal justice supervision, while more than two out of five had been incarcerated… orders of magnitudes higher than that for the general population. … In some areas, a large majority of African-American men — 55 percent in Chicago, for example — are labeled felons for life, and, as a result, may be prevented from voting…”

Another topic is state-created unemployment for black Americans. “Race and Economics,” a column by economist Walter Williams, examines this.

* Williams looks at the racist outcomes of the minimum wage more closely in Minimum Wage’s Discriminatory Effects.” Excerpt: “Minimum wage laws have massive political support, including that of black politicians. That means that many young black males will remain a part of America’s permanent underclass with crime, drugs and prison as their future.”

* Walter Williams’ 1982 book The State Against Blacks shows how numerous government programs, enacted supposedly enacted to help the poor have caused enormous harm to blacks and others.

* In his column “A Painful Anniversary” economist Thomas Sowell argues that the 1960s Great Society / War on Poverty programs helped destroy black families. Excerpt: “The black family, which had survived centuries of slavery and discrimination, began rapidly disintegrating in the liberal welfare state that subsidized unwed pregnancy and changed welfare from an emergency rescue to a way of life.”

* Another fascinating topic tailor-made for Black History Month is the little-known history of how gun rights helped protect civil rights activists and advance the civil rights movement. For starters, check out “Yes, Guns Are Dangerous. But They Also Save Lives and Secure Civil Rights” by Damon W. Root of Reason magazine. Also see this excellent review of the 2004 book The Deacons for Defense: Armed Resistance and the Civil Rights Movement by Lance Hill, from The Nation magazine. This book tells the remarkable story of the Deacons for Defense, who at their peak had several hundred members and twenty-one chapters in the South.

* Ex-slave Frederick Douglass is one of the towering figures for liberty in American history.  A short libertarian look at Douglass is found in “Frederick Douglass, Classical Liberal: A fresh look at the political evolution of a great American,” a book review by Damon Root from the August/September 2012 issue of Reason magazine. Also, see  the Cato Institute’s libertarianism.org for more on, and by, Douglass.

* Finally, here’s a great collection of videos of black libertarians and classical liberals, past and present, speaking on liberty. They’re suitable for any time of year, of course, but Black History Month is a great time to share them.