JAY LENO’S LAST STAB AT OBAMACARE: “And the worst thing about losing this job, I’m no longer covered by NBC. I have to sign up for Obamacare!” — Jay Leno on his last day as host of The Tonight Show, Feb. 6, 2014. 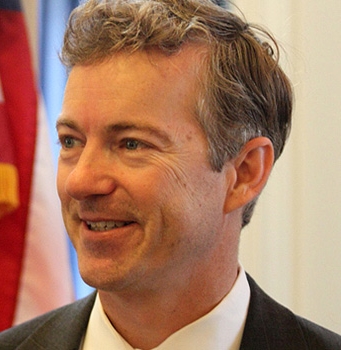 RAND PAUL TAKES ON NSA: “The Fourth Amendment states that warrants issued must be specific to a person, place or task and this provision of the Bill of Rights exists explicitly to guard against the notion of a general warrant,where government can plunder through anyone’s privacy at will. The NSA’s metadata collection program is a general warrant for the modern age, reflecting the same kind of tyranny our nation’s founders fought a revolution to make sure would never happen again. … It’s time to trash the NSA’s mass surveillance of Americans, for good.” — Sen. Rand Paul (R-KY), “The NSA is still violating our rights,” The Guardian, Feb. 20, 2014.

THE UNCONSTITUTIONAL WAR ON MARIJUANA: “The truth is that the federal ban on marijuana — unlike the federal ban on alcohol, which began and ended with constitutional amendments — has no basis in the powers granted by the Constitution, at least insofar as it purports to reach purely intrastate activities.” — syndicated columnist Jacob Sullum, “Let 50 Cannabis Flowers Bloom,” Jan. 29, 2014.

YES, THE GOV’T CAN KILL AMERICAN SUSPECTS ON AMERICAN SOIL: “The truth emerged only in 2013 when Senator Rand Paul asked point-blank whether the president could authorize lethal force, such as a drone strike, against an American citizen in the United States. Attorney General Eric Holder fired back that while the question was ‘hypothetical,’ the real-world answer was yes. Holder said he could imagine ‘an extraordinary circumstance in which it would be necessary and appropriate under the Constitution and applicable laws of the United States for the president to authorize the military to use lethal force within the territory of the United States.’ … They’ve thought about it. They’ve set up the legal manipulations necessary to justify it. The broad, open-ended criteria the president laid out for killing suspected terrorists exposes the post-Constitutional stance our government has already prepared for. All that’s left to do is pull the trigger.” — journalist Peter Van Buren, “How to Build a Post-Constitutional America One Killing at a Time,” February 17, 2014.

WHY TRUST THE GOV’T: “The United States has been lying to its people for more than 50 years, and such lies extend from falsifying the reasons for going to war with Vietnam and Iraq to selling arms to Iran in order to fund the reactionary Nicaraguan Contras. Why should anyone trust a government that has condoned torture, spied on at least 35 world leaders, supports indefinite detention, places bugs in thousands of computers all over the world, kills innocent people with drone attacks, promotes the Post Office to log mail for law enforcement agencies and arbitrarily authorizes targeted assassinations?” — Prof. Henry A. Giroux, “Totalitarian Paranoia in the Post-Orwellian Surveillance State,” Truthout, Feb. 10, 2014.

THE FOUNDERS BETRAYED: “The bottom line is that we’ve betrayed much of the moral vision of our

Founding Fathers. In 1794, when Congress appropriated $15,000 for relief of French refugees who had fled from insurrection in San Domingo to Baltimore and Philadelphia, James Madison rose on the floor of the House of Representatives to object, saying, ‘I cannot undertake to lay my finger on that article of the Constitution which granted a right to Congress of expending, on objects of benevolence, the money of their constituents.’ Tragically, today’s Americans — Democrat or Republican, liberal or conservative — would hold such a position in contempt and run a politician like Madison out of town on a rail.” — syndicated columnist and economist Walter Williams, “Concealing Evil,” Feb. 19, 2014.