(From the Persuasion Powerpoint section in Volume 19, No. 5 of the Liberator Online. Subscribe here!) 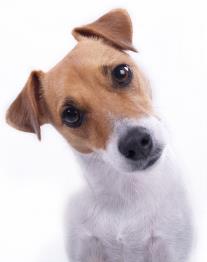 When you discuss politics or economics with others, do you ask thought-provoking libertarian questions?

Or do you make statements?

Do you invite them to consider new possibilities?

Or do you just argue?

What if certain provocative questions could get others to let down their mental defenses
and impartially consider libertarianism?

Would you be willing to experiment with several mind-opening libertarian questions — and see what results you get?

“What if the situation is the opposite of what people in government say it is?”

“What if marijuana prohibition and the Drug War don’t contain or hold down drug use? What if they drive it up?”

“What if they have it backwards?”

“What if the government ‘cure’ is worse than the disease?”

“What if tax-funded federal government propping-up of overpriced houses and inflated home loans made things worse for taxpayers and home buyers who were prudent and frugal and did NOT recklessly gamble their earnings and savings?”

“What if, left alone by government, most social or economic problems were solved by private charity, private enterprise, and private ingenuity — at no cost to taxpayers?”

“What if, with NO government involvement, most social or economic problems were dramatically reduced or solved by the men and women and families in the private sector?”

Want the people you talk with to examine and embrace libertarian answers?

Why not ask them thought-provoking libertarian questions like those above?