They Said It… With The Economist, David Letterman, and More

FACES TO VOICES: “President Obama now is meeting with the G-7 leaders… it must be fun for him to put faces to the voices he hears on the wiretaps.” — David Letterman, March 24, 2014.

PERVERSE INCENTIVES: “The War on Drugs creates perverse incentives. When the police find 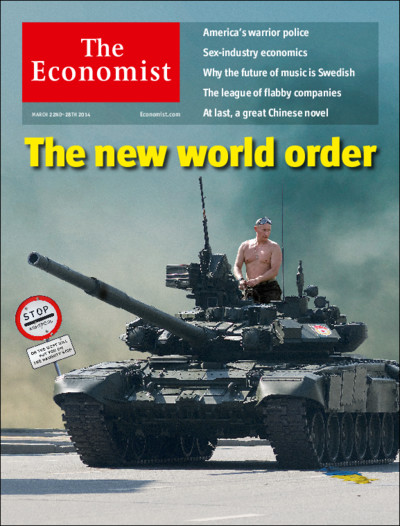 assets that they suspect are the proceeds of crime, they can seize them. Under civil asset-forfeiture rules, they do not have to prove that a crime was committed — they can grab first and let the owners sue to get their stuff back. The police can meanwhile use the money to beef up their own budgets, buying faster patrol cars or computers. All this gives them a powerful incentive to focus on drug crimes, which generate lots of cash, rather than, say, rape, which does not. This is outrageous. Citizens should not forfeit their property unless convicted of a crime; and the proceeds should fund the state as a whole, not the arm that does the grabbing.” — editorial, The Economist magazine, “Armed and dangerous,” March 22, 2014.

WHY DOES THE GOV’T HURT SICK PEOPLE: “It states in the Bible not to abuse a drug, it doesn’t say you can’t use it. If you ask me, cannabis is a gift from God.” — preacher’s daughter Aimee Curry, who found marijuana was the only medicine that relieved agonizing muscle spasms from a near-fatal car accident. She told her story on CNN’s “Weed 2: Cannabis Madness: Dr. Sanjay Gupta Reports,” Tuesday, March 11, 2014.

“Patients often come into my office and drop down a brown bag full of pill bottles on my desk and say,’I’m off Oxycodone; I’m off muscle relaxants. I’m off Ambien; I’m off Trazodone,’ because medical cannabis does the job better. Time after time these patients tell me that medical cannabis works better than the pills, and with fewer side effects. Cannabis has such a good safety profile and is much less addictive than opiates. In my mind, cannabis is a good potential replacement for opiates.” — Dr. Mark Rabe, a Northwestern University School of Medicine-trained physician who treats Aimee Curry, quoted above. Rabe noted that deaths from prescription drugs are on the rise, while death from marijuana overdose is virtually impossible.

NEW JERSEY GUN-GRABBER WANTS TO CLASSIFY ORDINARY GUN OWNERS AS “TERRORISTS OR GANGSTERS”: “Our top priority is a 10-round limit on magazine size. Nobody 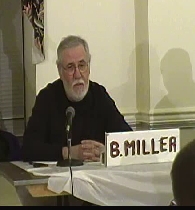 needs a 15-round ammunition magazine unless they are a domestic terrorist or a gangster.” — New Jersey gun control activist Bryan Miller on proposed state legislation to outlaw possession of such guns in the state, including 43 commonly-owned rifles. The Post says the bill “has no grandfather clause and no amnesty period. So as soon as this legislation becomes law, everyone in possession of these rifles is automatically a felon and the guns are subject to seizure by the government. …The penalty is up to 10 years in jail and a mandatory minimum sentence of three to five years, with no chance of parole.” The legislation is expected to pass the state House and Senate and land on Gov. Chris Christie’s desk.

“Democrats and Republicans each got about $18 million of government money for their national conventions in 2012. We Libertarians pay for our own conventions.”— Wes Benedict, executive director of the Libertarian National Committee, quoted in the Washington Times, “Libertarians Strut Their Stuff,” March 19, 2014. Learn more about the upcoming LP convention — to be held in Columbus, Ohio, June 28-29 — here.