(From the One-Minute Liberty Tip section in Volume 19, No. 4 of the Liberator Online. Subscribe here!)

“Blowback” is a term that originated in the CIA in 1954. It originally referred to the unintended 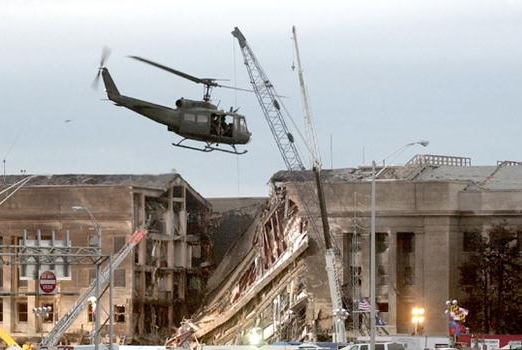 consequences of a covert foreign operation — consequences that are often suffered by the civilians of the nation whose government instigated the covert operation. This “blowback” may take the form of riots, demonstrations, hostage-taking, terrorist attacks, and similar hostile actions. The civilians on the receiving end of the blowback don’t realize that it was their own government’s secret activities that caused the anger and violence being directed against them.

Blowback is a term heard more and more when discussing foreign policy. And its definition is often expanded to include overt as well as covert foreign interventions that have negative consequences.

Ron Paul helped popularize the concept of blowback, as well as the word itself, during his GOP presidential campaign runs. For example, in the 2008 Republican presidential primary debates in South Carolina, he introduced it this way:

“I believe very sincerely that the CIA is correct when they teach and talk about ‘blowback.’ When we went into Iran in 1953 and installed the shah, yes, there was blowback. A reaction to that was the taking of our hostages, and that persists. And if we ignore [blowback], we ignore that at our own risk. If we think that we can do what we want around the world and not incite hatred, then we have a problem. They don’t come here to attack us because we’re rich and we’re free. They come and they attack us because we’re over there. I mean, what would we think… if other foreign countries were doing that to us?”

Scholar Chalmers Johnson also popularized the term in an influential trilogy of books: Blowback: The Costs and Consequences of American Empire (2000); The Sorrows of Empire: Militarism, Secrecy, and the End of the Republic (2005); and Nemesis: The Last Days of the American Republic (2006).

Johnson defines the term and tells about the operation that led the CIA to use it:

“’Blowback’ is a CIA term first used in March 1954 in a recently declassified report on the 1953 operation to overthrow the government of Mohammed Mossadegh in Iran. It is a metaphor for the unintended consequences of the U.S. government’s international activities that have been kept secret from the American people. The CIA’s fears that there might ultimately be some blowback from its egregious interference in the affairs of Iran were well founded. Installing the Shah in power brought twenty-five years of tyranny and repression to the Iranian people and elicited the Ayatollah Khomeini’s revolution. The staff of the American embassy in Teheran was held hostage for more than a year. This misguided ‘covert operation’ of the U.S. government helped convince many capable people throughout the Islamic world that the United States was an implacable enemy.”

Blowback is a useful word in describing the unintended, but often terrible,  consequences of foreign intervention.

But it is a very useful term for discussing domestic policy as well.

Libertarians — who are very aware of the negative unintended consequences of government domestic policy — can use the word blowback to add power and color to our discussions of domestic issues.

“An increase in the minimum wage would lead to blowback in the form of the loss of hundreds of thousands of desperately needed entry level jobs. This blowback would hit the most vulnerable people in our economy: the low-paid, the unemployed, the under-educated, minorities, and the young.”

“Blowback from the War on Drugs includes crowded prisons and wasted law enforcement resources, overdoses from impure street drugs, the spread of AIDS and Hepatitis B and C from shared needles, drugs peddled to children, loss of fundamental Bill of Rights civil liberties, the enriching of violent criminal gangs, the funding of terrorism, drive-by shootings by warring drug gangs… and more.”

“The blowback from government welfare programs includes the break-up of families, multi-generational poverty, dependence on government, and a weakening of the vital role that voluntarily-funded charities play in our society.”

There are innumerable further possibilities.

Blowback is a powerful, provocative word that quickly and colorfully conveys a vital concept. Many people realize its significance in the foreign policy realm. Their ears will perk up, and they may reach new understanding, when you apply it to domestic policy as well.