(From the President’s Corner section in Volume 19, No. 8 of the Liberator Online. Subscribe here!) 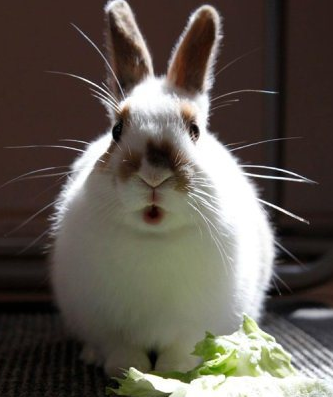 Edward Snowden and others about the secret and unconstitutional spying programs the federal government is engaged in.

Ironically, we’ve also learned that the programs have been spectacularly ineffective. As the federal Privacy and Civil Liberties Oversight Board said earlier this year:

“We have not identified a single instance involving a threat to the United States in which the telephone records program made a concrete difference in the outcome of a counterterrorism investigation. Moreover, we are aware of no instance in which the program directly contributed to the discovery of a previously unknown terrorist plot or the disruption of a terrorist attack.”

And that reminds me of a story…

The NSA, the CIA and the FBI were fighting among themselves, each arguing that they were the best and most qualified at apprehending terrorists.

Finally the president decided to settle the argument with a simple test. He would release a rabbit into a forest, and give each agency a chance to find and capture it.

The NSA went first. They placed cameras throughout the forest. They eavesdropped on every animal, plant and mineral. NSA drones circled the forest, filming every leaf on every tree. After three months of extensive investigations the NSA concluded that there was no rabbit in the forest at all. But they warned the president that 300 other kinds of animals and insects were behaving strangely and the whole forest needed round-the-clock surveillance.

Then the CIA went in. They captured numerous innocent animals and questioned them harshly, but got no information. After two weeks with no leads they burned the forest to the ground, killing everything in it. “The rabbit had it coming,” one agent said. (Later, the NSA sent the president a classified tape showing the rabbit hopping away from the forest just before it was destroyed.)

Finally the FBI had their chance. They went into another forest chosen by the president. Just two hours later they proudly emerged — holding a ruffled, badly frightened raccoon. The raccoon shouted: “Okay! Okay! I’m a rabbit! I’m a rabbit!”

* * *
Tired of the surveillance state? See this issue’s Intellectual Ammunition column to learn about “Reset The Net,” a worldwide effort to preserve free speech and liberty on the Internet by taking simple steps to shut off the government’s mass surveillance capabilities. You’re invited to take part.