(From the President’s Corner section in Volume 19, No. 11 of the Liberator Online. Subscribe here!)

“Still Mine” (2013) is one of the best libertarian-themed movies I’ve ever seen. It’s based on a true story. 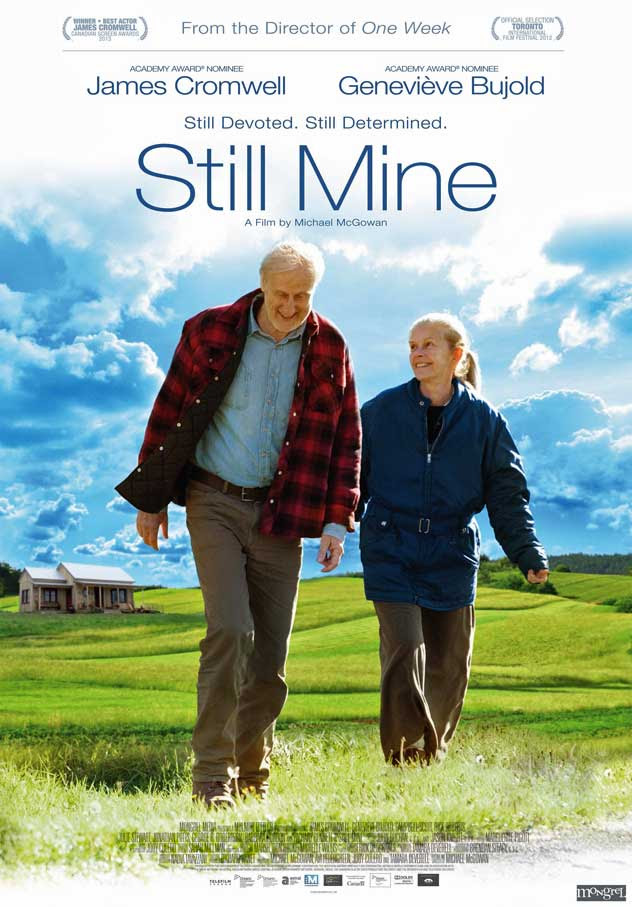 In 2007 Canadian Craig Morrison, 88 years old, set out to build a small home where he could care for his wife, who was suffering from Alzheimer’s. He began building it himself, on his own land, with his own hands, using lumber he sawed himself — as he’d done other times in the past.

But this time he ran into trouble — from new restrictive building codes and oppressive bureaucrats who ultimately threatened to bulldoze his home and throw him into prison.

“I thought this was a free country, that we had liberties and freedoms like we used to have, but I was sadly mistaken,” Morrison told a local newspaper. “All I wanted to do is build a house, and I was treated as if I was some kind of outlaw.”

This film is based on that story. It’s a gripping tale of one fiercely independent man facing a soulless bureaucracy. It is more than a political story. It’s about families, about aging, about love, about responsibility.

“Still Mine” is marvelously done and has received rave reviews from critics. The Canadian Globe and Mail called it “a cautionary tale of the tremendous power of the state over the individual in an age of pervasive bureaucracy. It is, indeed, a profound parable of irretrievably lost independence and casually forgotten freedoms.”

“Still Mine” stars James Cromwell, renowned for decades as a character actor, in his first lead role. His performance is wonderful (as are the other performances in the film). I was curious if he had more than a passing interest in the politics in the story.

Turns out he did. Cromwell’s father, John Cromwell, was an award-winning actor and director — who was blacklisted during the McCarthy era. That left a mark on his son. In the 1960s James Cromwell did guerrilla theatre protesting the Vietnam War and fought segregation in the South. He was part of the Committee To Defend The Black Panthers, which worked to free unjustly imprisoned members of that group.

In an interview at RogerEbert.com, Cromwell said the following about the political message of “Still Mine.”

“Somebody wrote a review [of “Still Mine”] where they said ‘Somebody who does not obey the law cannot be a sympathetic character.’ What about Gandhi? What about Martin Luther King? What about the suffragettes or those for gay rights or the people who have always stood up to oppose unjust laws and regulations?

“They have always been our heroes and in that respect, I personally think that Craig [lead character in “Still Mine”] is a hero. It is on a small scale but he says that this does not stand and cannot stand. It is not human and it is not caring. Those are the politics of this film.”

Although in one interview a few years ago he said he was a libertarian, in another more recent one he described himself as a progressive. Whatever his politics, he’s always been an outspoken champion of the downtrodden and the underdog, and in interviews he frequently urges people to “question authority.”

“Still Mine” is a beautiful film in many ways, and watching it is like seeing one of those great Institute for Justice ads about citizens resisting unjust government come to life.

It’s on DVD. I highly recommend it.