(From the One-Minute Liberty Tip section in Volume 19, No. 11 of the Liberator Online. Subscribe here!)

I’m always on the lookout for ways to make OPH even more fun and successful than it already is. 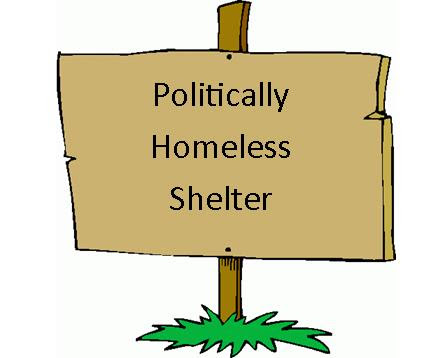 (OPH is, of course, Operation Politically Homeless — the Advocates’ acclaimed “event in a kit,” which uses the World’s Smallest Political Quiz and other tools to transform an ordinary dull ho-hum outreach booth into a crowd-drawing, fun event.)

On hot summer days, make your OPH booth even more attractive to passers-by: turn it into a “Politically Homeless SHELTER.”

The idea is simple, clever and easy. Just put those words — “Politically Homeless Shelter” — on a sign near your OPH booth, and prominently show that you have free iced water or soft drinks, snacks, and perhaps a shady place to pause and rest a moment.

If you’re doing OPH outside on a hot day — at a fair, festival, concert, rally or other event — this is an easy way to make your OPH booth even more popular.

When your guests take the World’s Smallest Political Quiz, they will discover where they fit on the political map. You’ll be turning the “politically homeless” into people who have a true political home!  And you’ll discover lots of people who are thirsty for liberty (as well as that cold drink).