Don’t Win the Debate by Losing Your Opponent: Walter Block on Debating

(From the One-Minute Liberty Tip section in Volume 19, No. 14 of the Liberator Online. Subscribe here!)

In a recent post at the LewRockwell.com blog, the great libertarian writer Walter Block — a superb defender 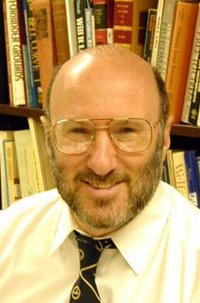 of libertarian ideas both in print and in live debates — shares his views on debating:

“My goal, in debating, is, along with my opponent, to get that proverbial one millionth of an inch closer to the Truth. I know this sounds a bit mawkish, and in the heat of the event — I’m only human — I sometimes forget myself, but, at least, this is my goal. In order to do this, I find, it is good to be polite. Not try to hog the podium, not interrupt my debating partner, not engage in ad hominems, etc.

“There are two arguments in favor of this. If we Austro-libertarians approach debates in this manner, we are perhaps more likely to win over our opponents. And if not them, then, perhaps, members of the audience.

“Second, it is always easier to escalate than de-escalate. It is very difficult to start off in a hostile impolite manner and later change our tune than to begin on the note I advocate and then if it is not reciprocated, escalate the hostilities.”

Great advice, Dr. Block! Dale Carnegie made a similar argument in his classic How To Win Friends and Influence People:

“Why prove to a man he is wrong? Is that going to make him like you? Why not let him save face? He didn’t ask for your opinion. He didn’t want it. Why argue with him? You can’t win an argument, because if you lose, you lose it; and if you win it, you lose it. Why? You will feel fine. But what about him? You have made him feel inferior, you hurt his pride, insult his intelligence, his judgment, and his self-respect, and he’ll resent your triumph. That will make him strike back, but it will never make him want to change his mind. A man convinced against his will is of the same opinion still.”

I’m also reminded of this hilarious remark from libertarian humorist Dave Barry (hopefully he’s joking!): “I argue very well. Ask any of my remaining friends. I can win an argument on any topic, against any opponent. People know this, and steer clear of me at parties. Often — as a sign of their great respect — they don’t even invite me.” Ouch!

Block’s own story of how he became a libertarian is a great illustration of the importance of polite debate linked with a genuine desire to discover truth. He tells it in “How I Became a Libertarian.” I highly recommend it. Here’s a quick summary.

Block was raised in a liberal household, and never had his leftist views seriously challenged — until 1963, when he was a senior at Brooklyn College and Ayn Rand came to give a lecture.

Says Block: “I attended, along with about 3,000 of my fellow mainly leftish students, in order to boo and hiss her, since she was evil incarnate. Afterward, the president of the group that had invited her to campus announced there was to be a luncheon in her honor, and anyone was welcome to take part, whether or not they agreed with her ideas. Not having had enough booing and hissing at Ayn in her formal lecture, I decided to avail myself of this opportunity to further express my displeasure with her and her views.”

The young Block boldly walked up to Rand and Nathanial Brandon “and announced that there was a socialist here who wanted to debate someone on economic issues pertaining to capitalism. (I was a bit of a chutzpanick in those days.) They politely asked, Who was this socialist, and I replied that it was me.

“Nathan very graciously offered to come to the other end of the table with me for this purpose, but he imposed two preconditions: first, I would be honor bound not to allow this conversation to lapse with this one meeting, but would continue with it until we had achieved a resolution: either he would convince me of the error of my ways, or I would convince him of his.

“Second, I would read two books he would later recommend to me (Atlas Shrugged by Ayn Rand and Economics in One Lesson by Henry Hazlitt). I agreed, and we spoke for an hour or so upon that occasion, followed up four or five times more for a similar duration at his apartment, where some of the other Randians took part, including Ayn, Leonard Piekoff, Barbara Branden and Alan Greenspan.

“At the end of this process I was converted to libertarianism.”

Block’s intellectual progress continued via spirited — but polite — debate and discussion with some leading libertarian intellectuals, most notably Murray Rothbard. (Again, you should read the whole story.)

Block’s story shows the importance — and the great pleasure — of friendly, spirited, and polite debate and discourse. Just imagine if Nathanial Brandon, instead of responding politely and helpfully, had simply dismissed Block or called him names. Would the liberty movement have lost the cocky young socialist — who went on to change his mind and become one of our finest writers and thinkers? (I shudder to think of the libertarian movement without the contributions of Walter Block!)

If you aren’t familiar with his work, Block is most famous for his groundbreaking classic Defending the Undefendable. Other books include The Privatization of Roads and Highways, Yes to Ron Paul and Liberty, Labor Economics from a Free Market Perspective, Building Blocks for Liberty, and Toward a Libertarian Society. Add to that countless essays and articles.

Go back to the full issue here.