Raising the Price of Milk: A Minimum Wage Metaphor

(From the One-Minute Liberty Tip section in Volume 19, No. 15 of the Liberator Online. Subscribe here!) 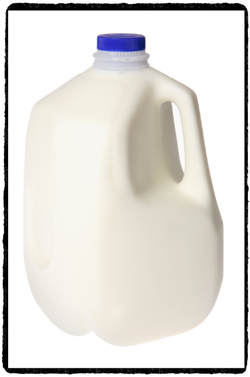 And that’s the good news. We can change minds and win the majority to our side on this issue — if we help people understand the true, terrible consequences of minimum wage laws.

How can we do that? It’s not easy. To many people, a higher minimum wage seems compassionate. It even seems to make economic sense. As one state representative said earlier this year: “Raising the minimum is a win-win. If you put an extra $700 or $800 in a worker’s pocket, that money is going to be spent. Everybody will benefit.”

One problem is that most people aren’t employers; they don’t “buy” labor. They don’t think in those terms.

But most people do buy milk. And that suggests a simple analogy that can cut through foggy thinking and help people understand why the minimum wage produces such bad results.

Ask your listeners: What if the government decided to mandate an increase in the retail price of milk? Suppose the price of a gallon of milk was doubled?

Would that help farmers, dairies, and grocery stores? Would it mean more money for them? After all, it would only be a small increase for most milk buyers, just a few dollars per week.

Ask your listener what they think would happen if the cost of milk doubled.

But for many consumers, the price increase would make a big difference. Struggling families would be hit especially hard.

Many people would start exploring milk substitutes. Instead of buying whole milk, they might switch to cheaper soy or almond or rice milk.

Others would simply cut back on the amount of milk they consume.

Still others might water down their milk after purchasing it, to make it stretch further.

Further, the cost of items that used milk — cheese, ice cream, butter, etc. — would also rise. Consumers would buy less of those items, too. And manufacturers, just like consumers, would switch to milk substitutes whenever possible, in order to keep the prices of their products as low as possible.

The bottom line? Consumers would buy less milk. And, ironically, many farmers — the very people the increase was supposed to help — would lose money or even go out of business.

Which brings us to the minimum wage.

Employers buy labor, not milk. But if you increase the cost of labor, employers will act in much the same way that our imaginary milk consumers did.

Some employers will no longer be able to afford to buy labor at the price mandated by the new minimum wage. As a result, some jobs will shrink (fewer bag boys, fewer check-out counters, fewer waiters, fewer warehouse workers, etc.). Some jobs will disappear altogether. (Remember movie ushers, and car attendants who pumped your gas and checked your oil for you?)

Further, as the price for labor is incorporated into the price of goods, prices will go up for some products, and others may simply disappear from store shelves.

Some employers will look for labor substitutes, just like our consumers above looked for milk substitutes. They will use technology. Check-yourself-out counters. Automation. Robots. When labor reaches a high enough price, substitutes suddenly become cost-effective. Even moving to a new country with cheaper labor costs may be feasible.

Still others will “water down” the work. They will hire fewer people, or fewer full time employees, and stretch the work out between them.

Most people understand that if you forcibly increase the cost of milk, less milk will be sold, and ultimately both consumers and farmers will be harmed.

This simple metaphor lets them see the same is true of labor, too. A mandated increase in the price of labor, via the minimum wage, brings fewer jobs, higher prices for goods and services, harder work loads, and other negative consequences.

That’s not what people want. When they learn such these things are consequences of the minimum wage, they will no longer support it.

(To learn more arguments against the minimum wage, see “Minimum Wage Maximum Damage” by economist Jim Cox, published by the Advocates. This short easy-to-understand booklet devastates every argument for the minimum wage.)