They Said It… Leon Panetta, Dennis Kucinich, and More!

(From the They Said It section in Volume 19, No. 16 of the Liberator Online. Subscribe here!)

TAX KARMA: “I’m at the breaking point. It’s not because I don’t like paying taxes. I have voted for every park, every library, all the school improvements, for light rail, for anything that will make this city better. But now I can’t afford to live here anymore. I’ll protest my appraisal notice, but that’s not enough. Someone needs to step in and address the big picture.” — Austin, Texas artist Gretchen Gardner at an Austin town hall meeting. She fears that the rising local taxes she voted for will drive her out of her home. First quoted in the Austin-American Statesman, May 31, 2014, then widely disseminated.

“I think we’re looking at kind of a 30-year war.” — former Obama Secretary of Defense and CIA director Leon Panetta, explaining why he thinks the U.S. war with ISIS must be extended to Nigeria, Somalia, Yemen, Libya and elsewhere, for decades. Quoted in “Key Democrats, Led by Hillary Clinton, Leave No doubt that Endless War Is Official U.S. Doctrine” by Glenn Greenwald, The Intercept, October 7, 2014.

KUCINICH VS. OBAMA: “Qatar and Saudi Arabia can now overtly join with the U.S. in striking Syria, after they have been covertly attempting for years to take down the last secular state in the region. We are now advancing the agenda of the actual Islamic States — Saudi Arabia and Qatar — to fight the ersatz Islamic State of ISIS. …What does this have to do with the security of the 50 States United? Nothing!” — Dennis Kucinich, former 16-year member of Congress and two-time presidential candidate, “The Real Reason We Are Bombing Syria,” Sept. 23, 2014.

WHICH ENEMIES SHOULD WE SUPPORT? 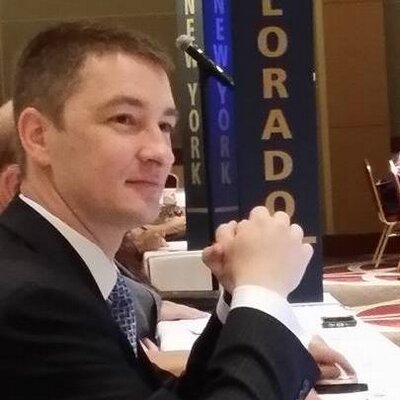 “The U.S. government has been intervening in the Middle East for more than half a century under the pretext of achieving peace. But things just keep getting worse. We must stop stoking conflicts that tear countries apart, stop dropping bombs, and stay out of the region. Democratic and Republican politicians have meddled so extensively in the Middle East that they’re now in the ludicrous position of siding with very recent U.S. enemies: Iran, Assad, and al-Qaeda, all of whom oppose the Islamic State.” — Nicholas Sarwark, chair of the Libertarian Party National Committee, “Libertarian Party urges lawmakers to get out, stay out of Iraq and Syria,” press release, September 9, 2014.

DRUG WAR POLICE STATE: “Thanks to the Drug War, merely on the whim of saying that they smell something, cops are now able to enter homes, search cars and totally violate the rights of nonviolent people. The Drug War and terrorism are the two biggest excuses used to violate people’s rights, yet according to the national safety council you are 8 times more likely to be killed by a police officer than a terrorist. The very existence of the Drug War to begin with, or a prohibition on any object is a fundamental violation of natural rights that should not exist in any civilized society.” — John G. Vibes, “8 Reasons to End Prohibition of All Drugs Immediately,” The Art of Not Being Government website, October 2, 2014.

“Political reporters are complaining that the White House has been asking them to edit some of their stories to make the president look better. The White House said that’s not true, and those reporters should please change what they said.” — Jimmy Fallon, Sept. 25, 2014.