The Greatest Achievement in Human History?

(From the Intellectual Ammunition section in Volume 19, No. 20 of the Liberator Online. Subscribe here!)

Despite the best efforts of government to restrict or sometimes even outlaw free markets, free enterprise has brought us perhaps the greatest achievement in history: the largest and fastest reduction in worldwide poverty ever. 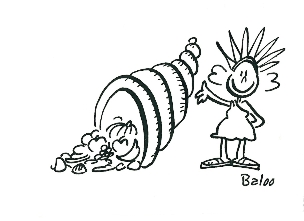 The economic progress of China and India, which are home to more than 35% of the world’s population, explains much of the global poverty decline. But many other countries, from Colombia to Vietnam, have enacted their own reforms. …

Such stunning news seems to have escaped public notice, but it means something extraordinary: The past 25 years have witnessed the greatest reduction in global poverty in the history of the world.

“To what should this be attributed? Official organizations noting the trend have tended to waffle, but let’s be blunt: The credit goes to the spread of capitalism. Over the past few decades, developing countries have embraced economic-policy reforms that have cleared the way for private enterprise.”

In contrast, “The poorest parts of the world are precisely those that are cut off from the world of markets and commerce, often because of government policies.”

Why haven’t we heard more about this? Why isn’t the world cheering?

Says Irwin: “The reduction in world poverty has attracted little attention because it runs against the narrative pushed by those hostile to capitalism. The Michael Moores of the world portray capitalism as a degrading system in which the rich get richer and the poor get poorer. Yet thanks to growth in the developing world, world-wide income inequality — measured across countries and individual people — is falling, not rising, as Branco Milanovic of City University of New York and other researchers have shown.”

We have often said that spreading the ideas of liberty is “the great Cause that makes all other great causes possible,” and that liberty is literally a life-and-death matter for the people of the world. Here is proof of that.

Everyone working in our great Cause can take encouragement from this extraordinary leap forward — and redouble our efforts to remove the shackles of poverty and oppression from all the people of the world.