(From the Intellectual Ammunition section in Volume 19, No. 20 of the Liberator Online. Subscribe here!) 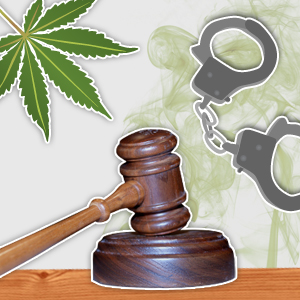 persecuting marijuana smokers, and four states and the District of Columbia have even re-legalized it.

Yet governments at all levels continue to wage a costly, pointless, and ferocious war against peaceful marijuana users.

In early November the FBI released its annual Uniform Crime Report, which gives the best look at marijuana arrests and related statistics. It covers the latest year for which figures are available, 2013.

“Probation and mandatory drug testing; loss of employment; loss of child custody; removal from subsidized housing; asset forfeiture; loss of student aid; loss of voting privileges; loss of adoption rights…” and of course, for some, time behind bars.

Mason Tvert, director of communications for the Marijuana Policy Project, summed it up nicely:

“Arresting even one adult for using a substance that is objectively less harmful than alcohol is inexcusable.

“Law enforcement officials should be spending their time and resources addressing serious crimes, not arresting and prosecuting adults for using marijuana. Every year, these statistics show hundreds of thousands of marijuana-related arrests are taking place and countless violent crimes are going unsolved. We have to wonder how many of those crimes could be solved — or prevented — if police weren’t wasting their time enforcing failed marijuana prohibition laws.”