(From the Intellectual Ammunition section in Volume 19, No. 23 of the Liberator Online. Subscribe here!) 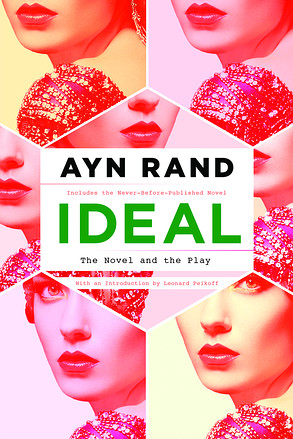 Rand novel to be published in over 50 years.

According to the publisher the short novel, entitled Ideal, “tells the story of beautiful but tormented actress Kay Gonda. Accused of murder, she is on the run, and she turns for help to six fans who have written letters to her, each telling her that she represents their ideal — a respectable family man, a far-left activist, a cynical artist, an evangelist, a playboy, and a lost soul. Each reacts to her plight in his own way, their reactions a glimpse into their secret selves and their true values…”

Rand wrote Ideal in 1934, when she was in her late 20s. Unhappy with it, she put it aside and turned it into a play, which was never performed in her lifetime and went unpublished until the 1986 collection The Early Ayn Rand, edited by Leonard Peikoff of the Ayn Rand Institute. Peikoff described the play as a “philosophical murder mystery.”

The novel remained buried in the archives at the Ayn Rand Institute until 2012, when it was rediscovered while Rand’s papers were being digitized.

New American Library will publish both the novel (135 pages) and the play together on July 7, 2015.

Ayn Rand, who died in 1982, is of course most famous for her enormously influential bestseller Atlas Shrugged, which helped set off the modern libertarian movement and has, incredibly, remained in hardback since its first publication in 1957. Together her novels, including The Fountainhead and We The Living, have sold over 25 million copies.