They Said It… From Eric Garner, Ethan Nadelmann, and More

(From the They Said It section in Volume 19, No. 23 of the Liberator Online. Subscribe here!)

FRUITS OF THE DRUG WAR: “What has the War on Drugs done to the world? Look at the murder and

mayhem in Mexico, Central America, so many other parts of the planet, the global black market estimated at 300 billion dollars a year, prisons packed in the United States and elsewhere, police and military drawn into an unwinnable war that violates basic rights, and ordinary citizens just hope they don’t get caught in the crossfire, and meanwhile, more people using more drugs than ever. It’s my country’s history with alcohol prohibition and Al Capone, times 50.” — renowned anti-Drug War activist Ethan Nadelmann from his October 2014 Ted Talk “Why We Need to end the War on Drugs.” THE FAILURE IN FERGUSON: 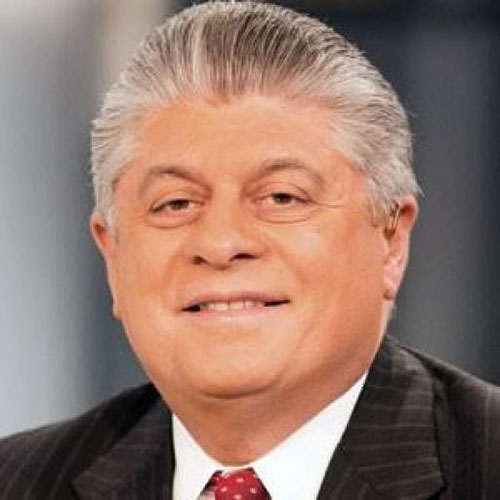 “The failure in Ferguson is across the board. From a city government whose police force makes its minority populace feel vulnerable and defends an unnecessary public killing by one of its cops, to a county prosecutor afraid to take responsibility for a proper public prosecution, to a governor missing in action, to a president who sounds like he wants to federalize police, we have an out-of-control stewpot boiling over into a wave of destruction. … The militarization of local police — perfected during the past two presidential administrations, which have given local cops military surplus intended to be used on enemy armies in foreign lands — if uncorrected, will lead to a police state. A police state is one in which the government’s paramount concern is for its own safety, and not for the lives, liberties and properties of those it has sworn to protect.” — Judge Andrew P. Napolitano, “Ferguson,” syndicated column, December 4, 2014. I CAN’T BREATHE: “Every time you see me, you want to mess with me. I’m tired of it. It stops today. Why would you…? Everyone standing here will tell you I didn’t do nothing. I did not sell nothing. Because every time you see me, you want to harass me. You want to stop me [garbled] selling cigarettes. I’m minding my business, officer, I’m minding my business. Please just leave me alone. I told you the last time, please just leave me alone. Please please, don’t touch me. Do not touch me. [garbled] I can’t breathe. I can’t breathe. I can’t breathe. I can’t breathe. I can’t breathe. I can’t breathe. I can’t breathe. I can’t breathe. I can’t breathe.” — last words of Eric Garner of New York, who died from a police chokehold after police attempted to arrest him for allegedly selling “loosies” — single cigarettes — on the street. Garner was unarmed and nonthreatening. The officer was not indicted, leading to protests in New York and across the country this week. PARDON US, MR. PRESIDENT: “Prior to Thanksgiving, President Obama continued the presidential tradition of pardoning two turkeys. Too bad he didn’t use the occasion to also pardon every single victim of the U.S. government’s decades-long failed and destructive War on Drugs… all the people who have been convicted of violating federal laws against the possession or distribution of drugs, especially those people currently serving time in some federal penitentiary. Those people have no more business being in jail than people who have used, possessed, or distributed beer, liquor, wine, tobacco, fatty foods, or any other substance. … President Obama, who himself, by his own admission, has possessed and consumed illicit drugs, spared the life of those two turkeys prior to Thanksgiving. Too bad his compassion didn’t extend to the thousands of Drug War victims in America’s federal prisons. He still has time to issue a blanket pardon before Christmas.” — Jacob G. Hornberger, President of the Future of Freedom Foundation, “Why Not Pardon Drug War Victims in Addition to Turkeys?”, December 1, 2014.