(From the Activist Ammunition section in Volume 20, No. 3 of the Liberator Online. Subscribe here! 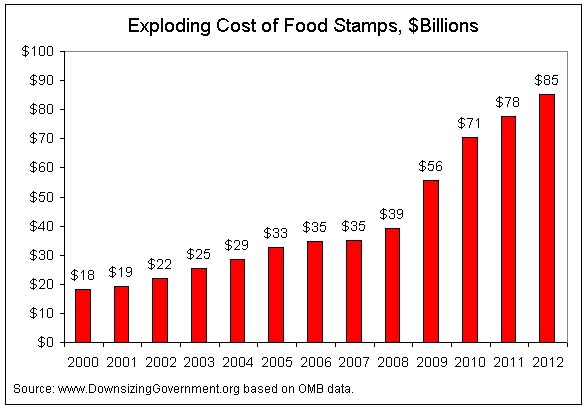 Some startling numbers on the recent explosive growth of the food stamp program (aka SNAP, the Supplemental Nutrition Assistance Program), from journalist Ali Meyer of CNSNews.com:

While food stamp (SNAP) enrollment and spending have both grown dramatically under President Obama, the Cato Institute notes that the explosion in food stamp use and SNAP eligibility actually began with conservative Republicans under the leadership of George Bush, via the 2002 and 2008 farm bills.