Government Recording Your Driving Habits, Tracking Your Phone Calls, and Looking Through the Walls of Your House

(From the Activist Ammunition section in Volume 20, No. 4 of the Liberator Online. Subscribe here!)

The federal government is gathering information about your driving habits — when, where and why you drive. 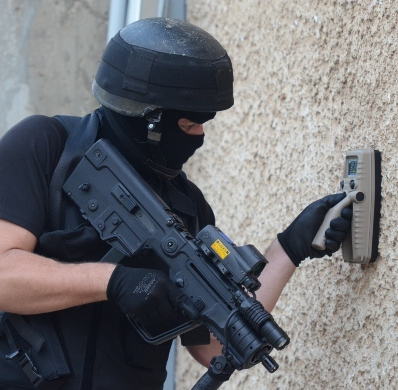 Reports the Wall Street Journal, in an article by Devlin Barrett entitled “Justice Department Spying on ‘Millions of Drivers'”:

“The Justice Department has been building a national database to track in real time the movement of vehicles around the U.S., a secret domestic intelligence-gathering program that scans and stores hundreds of millions of records about motorists, according to current and former officials and government documents.

“The primary goal of the license-plate tracking program, run by the Drug Enforcement Administration, is to seize cars, cash and other assets to combat drug trafficking, according to one government document. But the database’s use has expanded to hunt for vehicles associated with numerous other potential crimes, from kidnappings to killings to rape suspects, say people familiar with the matter. …

“What hasn’t been previously disclosed is that the DEA has spent years working to expand the database ‘throughout the United States,’ according to one email reviewed by The Wall Street Journal. …

“The database raises new questions about privacy and the scope of government surveillance. … It is unclear if any court oversees or approves the intelligence-gathering.

“The DEA program collects data about vehicle movements, including time, direction and location, from high-tech cameras placed strategically on major highways. Many devices also record visual images of drivers and passengers, which are sometimes clear enough for investigators to confirm identities, according to DEA documents and people familiar with the program.

“The documents show that the DEA also uses license-plate readers operated by state, local and federal law-enforcement agencies to feed into its own network and create a far-reaching, constantly updating database of electronic eyes scanning traffic on the roads to steer police toward suspects. …

The DEA database, named EPIC, “allows any police agency that participates to quickly search records of many states for information about a vehicle. One May 2010 redacted email says: ‘Anyone can request information from our [license-plate reader] program, federal, state, or local, just need to be a vetted EPIC user.…'”

The Wall Street Journal notes that is just the latest in a stream of such revelations.

Earlier this month the DEA revealed that for nearly 15 years it had created and operated a secret law enforcement database that collected virtually all data relating to Americans’ outbound overseas telephone calls, without judicial oversight, which was sifted to search for possible drug law violators. Astoundingly, according to Reuters, federal agents were trained to conceal the role of the database when presenting cases to defense lawyers, prosecutors, and judges.

And on January 15, USA TODAY wrote: “At least 50 U.S. law enforcement agencies have secretly equipped their officers with radar devices that allow them to effectively peer through the walls of houses to see whether anyone is inside, a practice raising new concerns about the extent of government surveillance. Those agencies, including the FBI and the U.S. Marshals Service, began deploying the radar systems more than two years ago with little notice to the courts and no public disclosure of when or how they would be used.”

“None of these flagrant violations of privacy, dignity and basic American constitutional values was enacted by a majority vote of any representative body of lawmakers — and yet none has been stopped by those lawmakers. That’s because we have a deep state system in American government, whereby certain law enforcement, military, intelligence and diplomatic personnel can do as they wish, no matter which party controls the legislative and executive branches and in hair-splitting defiance of the courts. … Who will keep us safe from the government? Who will keep our personal liberties safe? What representative government splits hairs in order to defy the Constitution, rather than complying with its oath to protect it?”