(From the Activist Ammunition section in Volume 20, No. 4 of the Liberator Online. Subscribe here!) 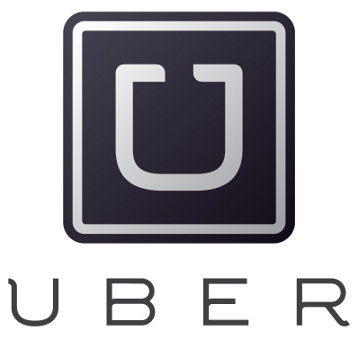 The reaction of taxi companies to the sudden new competition from Uber and Lyft is revolutionizing the stuck-in-its-ways taxi industry — and it offers an excellent demonstration of how strong competition enormously benefits consumers, says economist Mark Perry at his blog Carpe Diem.

“When government agencies or heavily regulated industries are insulated from market competition, the incentives to offer better service and lower prices, along with the incentives to innovate, upgrade and improve are either significantly weakened or non-existent. But when faced unexpectedly with some market competition, it’s amazing how the normally sclerotic, anti-consumer and unresponsive government agencies or protected industries can suddenly become responsive and consumer-friendly.”

Perry quotes an article from the Los Angeles Times:

“All taxicab drivers in Los Angeles will be required to use mobile apps similar to Uber and Lyft by this summer, according to a measure passed by the Los Angeles Taxicab Commission this week.

“The order, passed on a 5-0 vote, requires every driver and cab to sign onto a city-certified ‘e-hail’ app by Aug. 20 or face a $200-a-day fine. The move is seen as a way to make taxicab companies more competitive with rideshare apps such as Uber and Lyft.

“Los Angeles cab companies reported a 21% drop in taxi trips in the first half of 2014 compared with the same period the previous year, the steepest drop on record. Cab companies largely attribute the drop to the popularity of app-based ride services.

“William Rouse, general manager of Yellow Cab of Los Angeles, says his company has utilized a mobile app for several years. The app, Curb, allows riders to hail and track a cab, provide payment and rate drivers. ‘If our industry is ever going to get a chance to move passengers from Uber back to taxis, each one of these companies should have an app,’ Rouse told The Times. ‘It’s a shame that the city had to mandate it in order for this to happen.'”

And this stunner, from ABC News last summer:

“Meet the new secret weapon to get a leg up in the cutthroat competition among cabbies — charm school. Taxi drivers in Washington state are getting lessons that they hope will give them an edge against startups such as Lyft and Uber. About 170 taxicab operators paid $60 out of their pockets for a four-hour training session to learn about topics including customer satisfaction and developing relationships with institutional clients.”

Taxi drivers going to charm school to learn how to better please customers? Talk about an economic miracle!

It all demonstrates what Perry calls Perry’s Law: “competition breeds competence.” It’s a perfect example, he says, of how “direct, ruthless, even cutthroat competition is often the most effective form of regulation, and provides the intense discipline that forces firms to maximize their responsiveness to consumers. … Government regulation typically reduces competition, which then reduces the competence of producers, and reduces their willingness to serve consumers and the public interest, which make us worse off. I say the more market competition the better, for consumers and for the human race.”