Get Ready to Build Your Libertarian Organization

(From the President’s Corner section in Volume 20, No. 10 of the Liberator Online. Subscribe here!)

Spring is almost here! People will be out and about to enjoy the great weather. Springtime events will be 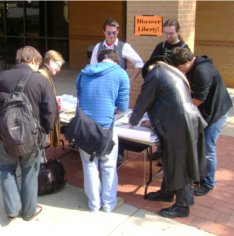 This makes spring a fantastic time to take the ideas of liberty to your community or campus, discover new supporters and members for your libertarian organization — and HAVE FUN doing it.

How? With Operation Politically Homeless (OPH) — the Advocates’ acclaimed “event in a kit” that can help you discover dozens or even hundreds of libertarian-leaning people in your community.

Quite simply, OPH works like magic. Wherever people are gathered, OPH will attract them. OPH incorporates the mind-opening power of the World’s Smallest Political Quiz. OPH lets you quickly identify people who are libertarian or libertarian-leaning — and get their names and contact information.

OPH is one of the great success stories of the libertarian movement. Hundreds of thousands of people have encountered the ideas of liberty through OPH. And millions more people are out there, just waiting for someone — maybe you? — to introduce them to libertarianism and get them active for liberty.

And one of the most amazing things about OPH is that it’s… FUN!

Libertarian outreach — fun? You bet! Over and over again, OPH users tell us that:

“I’ve been doing OPH for several years. I have administered thousands of Quizzes, seen people with all manner of political views, been asked questions ranging from the insightful to the provocative to the absurd, and generally had fun. That’s right, I had fun.”

“I ended up staying four hours simply because it was so much fun!”

“It is fun. Usually we’ll have a couple of dozen people standing around the booth, a big crowd. Most of the time people just jump right into it.”

OPH is a great volunteer activity. Newcomers and veterans alike can do it with ease. Each OPH kit provides everything you need, including banners, posters, Quiz cards and “how-to” training materials. 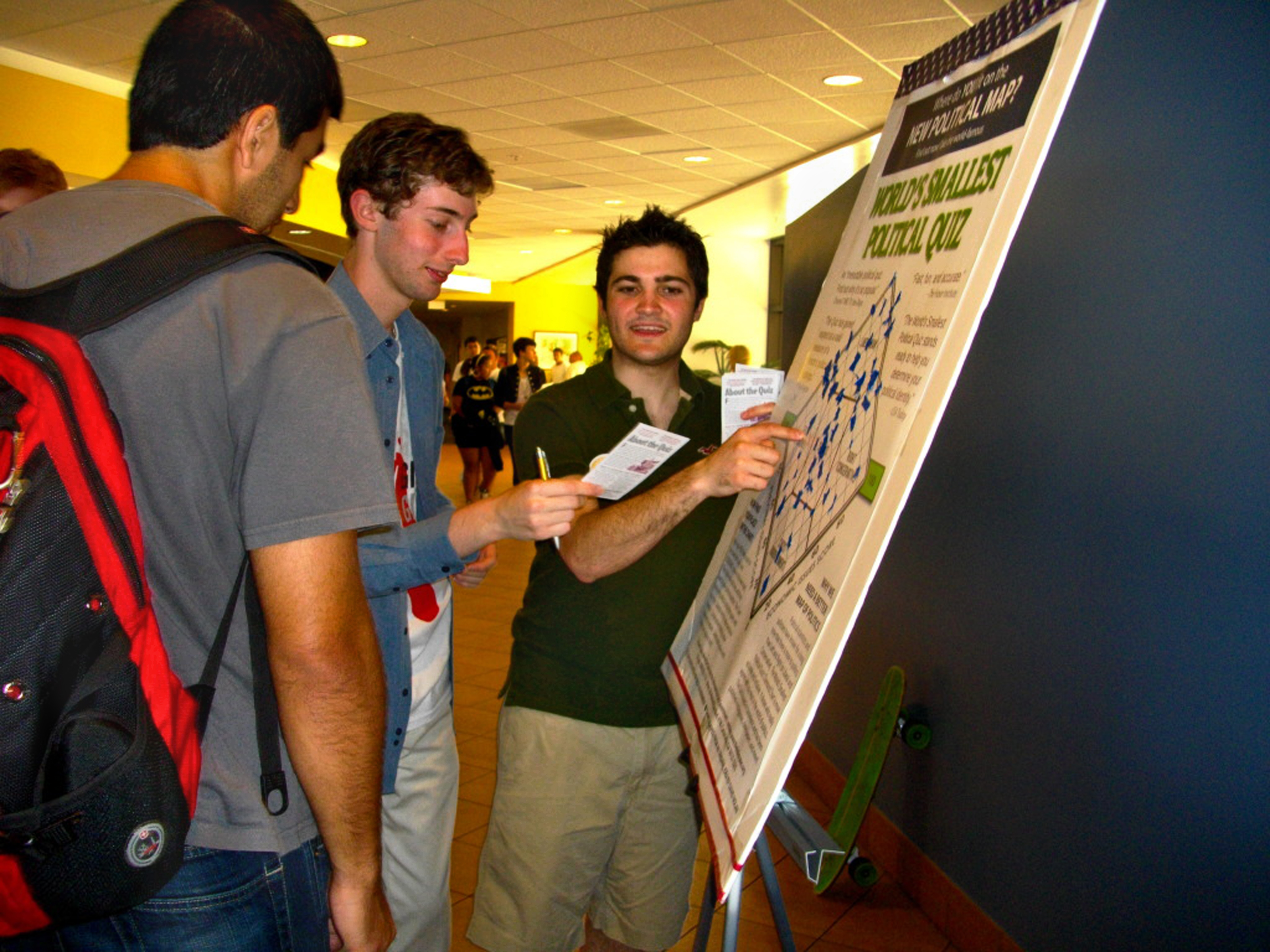 “OPH is our number one recruiting tool.”

“The reaction to OPH was thrilling. People thronged our table… We got some awesome new recruits.”

“We used the OPH kit at the school’s club fair last week and recruited 55 new members.”

Think about the numbers, and consider the possibilities. A typical OPH event can easily find and sign up twenty or more — often many more — libertarian-friendly people.

How much stronger would the liberty movement be if hundreds of OPHs were conducted across America this spring — discovering thousands of eager new libertarian activists, supporters, donors and voters?

How much would the liberty movement benefit from an infusion of 20,000 eager new libertarian activists?

How much would your libertarian group benefit from 10, 20, 40 or 50 new supporters, members and activists?

Somewhere near you, this week, there will be an event — a political rally, a county fair, a concert, a neighborhood party — that is PERFECT for OPH. Potential libertarians will be there, waiting to be discovered. Will OPH be there? It’s up to you.

Again, to learn more about OPH and see photos of OPH in action, visit here.

To learn more about OPH on campus, visit here.