(From the Activist Ammunition section in Volume 20, No. 10 of the Liberator Online. Subscribe here!) 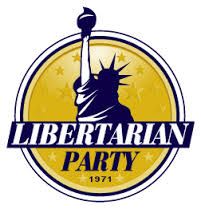 Senators Marco Rubio (R- FL) and Mike Lee (R-UT) as far too timid with little or no benefit to most taxpayers. Further, charges the Libertarian Party, the plan “leaves the federal tax burden dangerously high.”

“This is what leaders within the GOP — which now holds majorities in both the U.S. House and Senate — have to offer?” asked Nicholas Sarwark, Chair of the Libertarian National Committee. “The Republican plan would do nothing to reduce federal deficits or federal spending. It keeps the federal tax burden at over $3 trillion and climbing, up from the dangerously high level of $2.1 trillion when Obama took office.”

The irony of “fiscal conservatives” in control of both branches of Congress calling for taxes higher than when Obama came in, and adding trillions of dollars to the national debt, was not lost on the Libertarians.

“How about doing what many Libertarian candidates propose instead: ending the federal income tax altogether, balancing the budget, and cutting trillions of dollars in wasteful federal spending,” suggested Sarwark.

The Libertarian Party noted the surprising fact that ending the federal income tax entirely — and replacing it with nothing — while also balancing the budget — only requires rolling back federal spending to the level of… 1998.

1998, of course, was near the end of the Clinton administration, routinely denounced by conservatives as epitomizing “Big Government.” Certainly no conservative leaders in 1998 worried that the federal government was too small or lacked funds to perform its constitutional duties. Even President Clinton himself acknowledged that government had become far too big, famously declaring that “the era of Big Government is over” (perhaps unaware that we would soon be in the era of Bigger and Even Bigger Government).

Yet simply returning to funding at the 1998 level, says the Libertarian Party, would not only allow the abolition of the hated income tax. It would allow “more than enough to provide a strong national defense — and dramatically more than enough to fulfill all constitutional functions of the federal government.”

“Ending the income tax, balancing the budget — eliminating wasteful, unneeded and destructive government programs, wars, and bureaucracies — and cutting total federal spending accordingly will put an average of $11,525 back into the budget of every American household,” said Sarwark. “It pours $1.4 trillion into the productive, private sector economy.