Obama Is Wrong: Marijuana Re-Legalization Is No Joke

(From the Activist Ammunition section in Volume 20, No. 12 of the Liberator Online. Subscribe here!)

“Every so often, President Obama is confronted with young Americans who favor legalizing 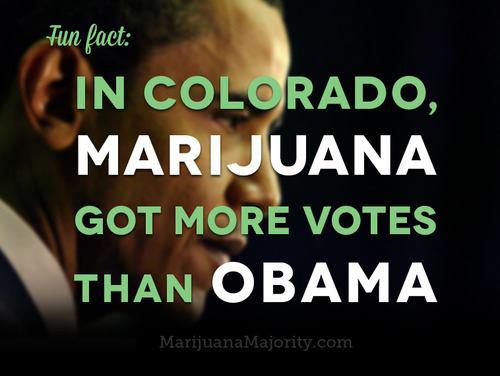 “He typically treats their enthusiasm for the issue as a joke, despite the fact that he almost certainly wouldn’t be a successful politician today if he’d been arrested and convicted for smoking marijuana … in his youth.”

Friedersdorf points to the latest example of our ex-pot-smoking Drug-Warrior-in-Chief doing this: an interview Obama did in mid-March with VICE News founder Shane Smith. When Smith told Obama that marijuana re-legalization was the number one issue online readers said they wanted addressed, Obama’s reply was again condescending:

“The young people to whom Obama addressed himself would be fully justified in reversing the criticism: ‘Given challenges like climate change, an uncertain economy, joblessness, and war, how can you justify spending perhaps $160 billion over the course of your tenure on marijuana prohibition? Isn’t it the federal government, not us young people, that has irrationally prioritized marijuana policy? We’re fighting for a more rational allotment of resources, where government funds are directed away from weed and toward challenges you listed as more pressing.'”

Further, Friedersdorf points out, young people may not have settled opinions, agreement, and effective political strategies for action on the problems Obama lists. But on the re-legalization issue, they are already in agreement and having major success, winning re-legalization battles in several states and winning public opinion. Plus the solution is straightforward and the benefits tremendous. And, he notes, “If they mobilize, they have a realistic chance of ending prohibition in the next decade [and] that would meaningfully enrich the lives of many millions of people here and abroad.”

So why shouldn’t young people press forward on this issue? Is it sensible to wait for the climate debate to be settled and solved, war to be halted and world peace achieved, and jobs and prosperity to be available to all — before dealing with the far simpler-to-solve issue of marijuana re-legalization?

Conor Friedersdorf’s excellent short article has much more of interest on this, and includes a link to the full VICE News interview with President Obama.