(From the President’s Corner section in Volume 20, No. 15 of the Liberator Online. Subscribe here!)

For the Advocates, some big changes and celebrations are coming up.

* It’s the 30th Anniversary for the Advocates.

* And… I will be retiring as Advocates president at the end of the month.

Please note, I am not retiring as an active libertarian. I’m stepping down from the varied and time-consuming job of Advocates president and will be focusing my efforts on the activities I love most: writing and speaking about libertarianism and — my favorite topic — the most effective ways to communicate the ideas of liberty. I will also continue doing communication workshops on this topic — some of them in conjunction with the Advocates.

Being president of the Advocates for Self-Government has been the most wonderful and fulfilling job I could have ever imagined for myself!

It has been an incredible honor for me to follow in the footsteps of the previous two Advocates presidents: Advocates Founder Marshall Fritz and Carole Ann Rand. 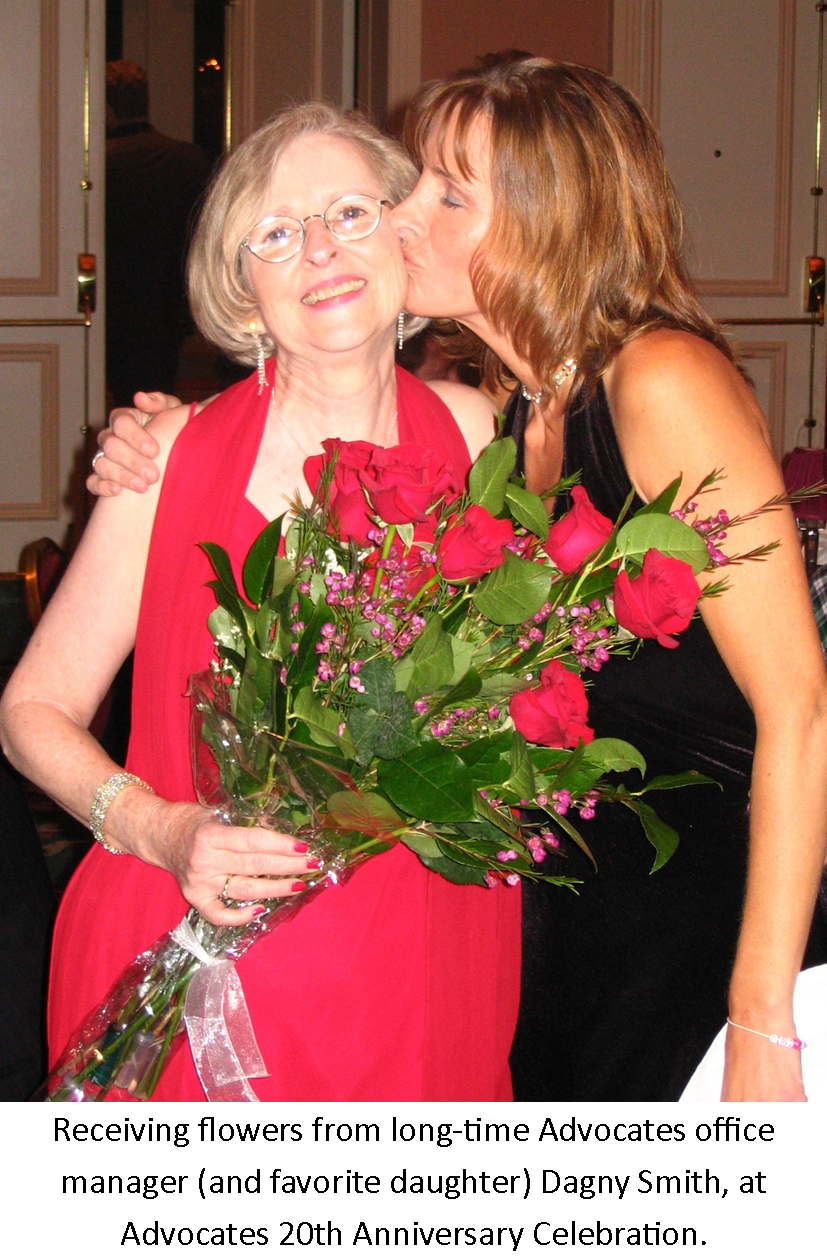 Of course there is much more to the Advocates than the Quiz. The original mission of the Advocates was to empower libertarians to become excellent and successful communicators of the ideas of liberty. This is a unique and vital contribution the Advocates has made to the movement in our 30 years.

As Advocates president, I’ve learned about libertarian communication from the best: Marshall, Carole Ann, Michael Cloud, Mary Ruwart, David Bergland, Harry Browne, and many more too numerous to name. We’ve helped tens of thousands of libertarians become far more persuasive and effective in their outreach. And that has enabled libertarians to successfully win others to our side, helping build a strong and growing movement for liberty.

It has been a joy teaching numerous libertarian communication classes and seminars for libertarian groups in almost every state in America. Last year alone I had the pleasure of speaking on successful communication to over 1,000 libertarians.

I look forward to continuing this — so please contact me when you want a libertarian communication workshop in your area!

I’ve had the pleasure of meeting and working with some of the finest libertarians in the world — world-famous celebrities and people you may not have heard of who are making our world a freer and better place. What a privilege it has been! (I wouldn’t dream of trying to name them all — we’d fill this entire issue up, and still leave deserving people out. Thanks, everyone!)

Similarly, I’ve had the great pleasure of working with many of the very finest libertarian organizations. I must especially thank the Libertarian Party for the greatest honors of my professional career. The LP has honored me with two of its highest awards. In 2012, I received the Thomas Jefferson Award, “presented to the Libertarian Party member whose achievements merit our recognition of outstanding leadership, high character, and dedication to the principles and goals of the Party.” In 2014, I received the LP’s Thomas Paine Award for “outstanding communication of libertarian ideas, principles, and values.”

But most of all I’d like to thank YOU, my friends who read the Liberator Online, use Advocates tools and services, and support the Advocates’ work. You are the true heroes of the Advocates. You are building a successful movement for liberty that is changing our world.

I will miss connecting with you through the Advocates. I hope you will follow my new work and stay in touch with me. You can do this by “liking” me onFacebook — or emailing me. (Please do this right now, while it’s on your mind.)

I’d like to congratulate Brett Bittner, the Advocates’ new executive director! Brett has an outstanding record as a libertarian activist. He is a former executive director of the Libertarian Party of Georgia and a former Chairman of the Libertarian State Leadership Alliance. He has been working with the Advocates for the past year and will be taking the helm of the organization on May 1. You’ll be hearing more from Brett soon.

Finally, please read my President’s Column in the next issue. I’ll let you know more details about what’s ahead — including a special celebration of the Advocates’ and my anniversaries to take place in Atlanta on June 27. Hold that date on your calendar, and I hope to see you there!