How Effective is Government Welfare Compared to Private Charity?

Dr. Mary Ruwart is a leading expert in libertarian communication. In this column she offers short answers to real questions about libertarianism. To submit questions to Dr. Ruwart, see end of column.

QUESTION: Recently in the Liberator Online you answered a question with the following supporting argument:

“For example, about 75% of the tax dollars that are targeted to welfare programs actually go to the middle-class administrators rather than the needy. In contrast, private programs give about 75% of donated dollars to the poor. Thus, the poor get more when charitable giving is private.”

I am interested in where you got your statistics. I want to share this argument with friends, but I like to provide references. Could you do so?

MY SHORT ANSWER: Gladly! These are the references that I’m currently citing in the latest version of my book Short Answers To The Tough Questions:

“The Costs of Public Income Redistribution and Private Charity” by JR Edwards, Journal of Libertarian Studies 21: 3-20, 2007.

The last reference is the most comprehensive. On pages one and two, Edwards cites two studies, over a seven year period. He writes:

“[Government] income redistribution agencies are estimated to absorb about two-thirds of each dollar budgeted to them in overhead costs, and in some cases as much as three-quarters of each dollar. Using government data, Robert L. Woodson (1989, p. 63) calculated that, on average, 70 cents of each dollar budgeted for government assistance goes not to the poor, but to the members of the welfare bureaucracy and others serving the poor. Michael Tanner (1996, p. 136 n. 18) cites regional studies supporting this 70/30 split.

“In contrast, administrative and other operating costs in private charities absorb, on average, only one-third or less of each dollar donated, leaving the other two-thirds (or more) to be delivered to recipients. Charity Navigator, www.charitynavigator.org the newest of several private sector organizations that rate charities by various criteria and supply that information to the public on their web sites, found that, as of 2004, 70 percent of charities they rated spent at least 75 percent of their budgets on the programs and services they exist to provide, and 90 percent spent at least 65 percent. The median administrative expense among all charities in their sample was only 10.3 percent.”

Later on Edwards adds: “In fact, the average cost of private charity generally is almost certainly lower than the one-quarter to one-third estimated by Charity Navigator and other private sector charity rating services…” and tells why.

Note: I used “about 75%” from memory, which is getting a little less accurate these days. 🙂  In the future, using the “about 70%” figure would probably be better.

“[R]aising only half as much money through voluntary donations, the private agencies (and families) could deliver the same amount as the government, saving, in the process, all the costs the government imposes on the public through the compulsory taxation. Given that aiding the poor must have large support among the public for coercive government redistribution to be policy, couldn’t the supporters raise, through voluntary donations from among themselves, half the amount that would have to be raised through taxation, and avoid coercing the rest of the nonpoor public?”

That’s the hope the libertarian vision offers: more effective aid for the poor and needy than ever before, delivered voluntarily by the private sector at a far smaller cost than today’s welfare state. 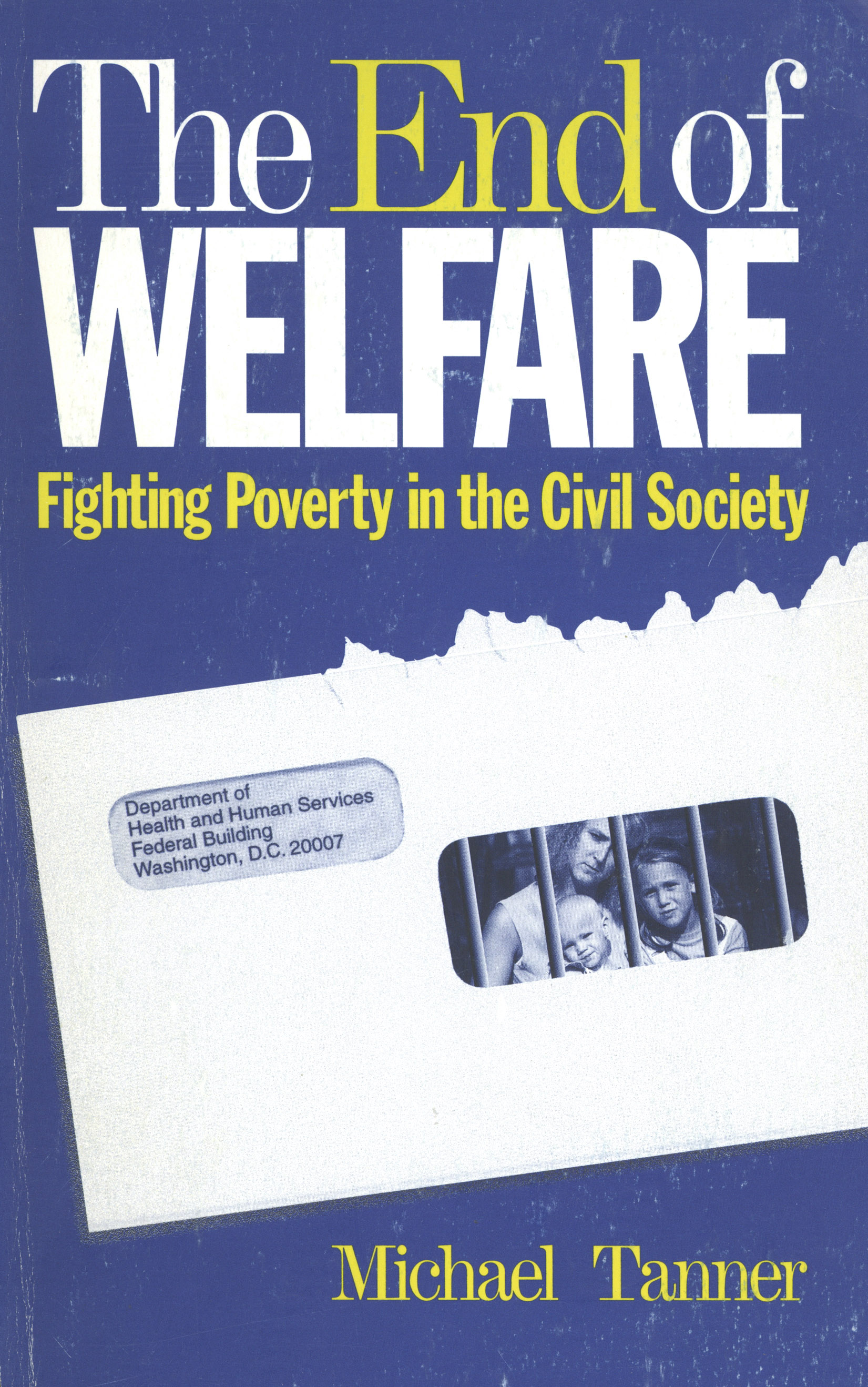 Free ebook: The End of Welfare: Fighting Poverty in the Civil Society by Michael D. Tanner.

In this 1996 Cato Institute book — now available as a free download — Cato’s Michael Tanner traces the growth of the welfare state in America. He argues that government welfare programs have failed to accomplish their ostensible goal of alleviating poverty. Moreover, they have undermined the traditional American principle of voluntarism. The interventionist welfare state has replaced civil society with political society — and the results have been disastrous for taxpayers, community, liberty and, most especially, the poor themselves.

Tanner argues persuasively that government welfare has failed by every measure, and that private charity can and should replace coercive bureaucratic government welfare. This will not only be more cost-effective, it will provide the poor with more effective and humane care.

Dr. Ruwart’s brand new book Short Answers to the Tough Questions, Expanded Edition is available from the Advocates, as is her acclaimed classic Healing Our World.