(From the Ask Dr. Ruwart section in Volume 19, No. 11 of the Liberator Online. Subscribe here!)

QUESTION: How do libertarians feel about this Ayn Rand statement: “[The Native Americans] didn’t have any rights to the land and there was no reason for anyone to grant them rights which they had not conceived and were not using… [W]hat was it that they were fighting for, if they opposed white men on this continent? For their wish to continue a primitive existence. Their right to keep part of the earth untouched, unused, and not even as property, but just keep everybody out, so that you can live practically like an animal, or maybe a few caves above it…. Any white person who could bring the element of civilization had the right to take over this country.”

MY SHORT ANSWER: I’ve never seen this comment before; thanks for sharing! Most libertarians — myself included — would disagree with it.

Native Americans did conceive of, and recognize, property rights for scarce resources, such as

fishing rights in rivers, which were generally held and passed down in families. Land property wasn’t usually scarce; property rights usually aren’t well-defined when a resource is abundant, since there is no competition for it. Consequently, Native Americans often did not establish land boundaries, homestead particular parcels, or recognize land claims. Some exceptions included an individual or family’s farmed fields and tribal hunting grounds.

Although by European standards, the Native American existence might be considered primitive, the land wasn’t untouched or unused. Native Americans used the land primarily to hunt, to fish, and to farm, but used sustainable practices to insure future sources of food. Natives living in our rainforests today are in a similar position as Native Americans were; libertarians often donate to a legal fund so that they can litigate for recognition of their homesteading claims.

* “The most ignorant thing Ayn Rand ever said?” by Timothy Sandefur. Sandefur , a Pacific Legal Foundation attorney, Cato Institute adjunct scholar, author of several books, and Objectivist, thoughtfully examines the quote, Rand’s fallacies on this issue, and the context of her remarks. 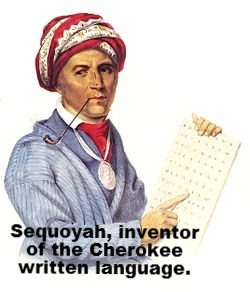 EXCERPT: “I consider myself an Objectivist; I think Ayn Rand’s philosophical and political arguments are basically correct, and I enjoy her literature tremendously. But I think it’s important for Objectivists to acknowledge when Rand was wrong about something, and there can be no doubt she was wrong [in this quote]… The Cherokee had property rights, as well as a written constitution, newspapers, a formal government, schools, and a capital city. Other tribes had similar institutions… I think it’s safe to say that Ayn Rand knew virtually nothing about the history of American Indians. In part this is no fault of hers, since historiography and cultural anthropology at that time was pretty shabby, and because that was a period when the silly leftist romanticization of Indians was first reaching a height which is only now diminishing.”

* “Dances With Myths” by Terry L. Anderson, Reason Magazine, February 1997. Anderson is executive director of the Property and Environment Research Center (PERC) and a leading free market environmentalist. In this article he gives numerous examples of how, at times, American Indians established and defended property rights.