The Eyeball Lottery: A Powerful Argument for Self-Ownership

(From the One-Minute Liberty Tip section in Volume 19, No. 25 of the Liberator Online. Subscribe here!)

The modern argument for self-ownership was formulated by John Locke, who famously wrote in his Second Treatise on Government (1689): “every man has a property in his own person: this nobody has any right to but himself. The labour of his body, and the work of his hands, we may say, are properly his.” 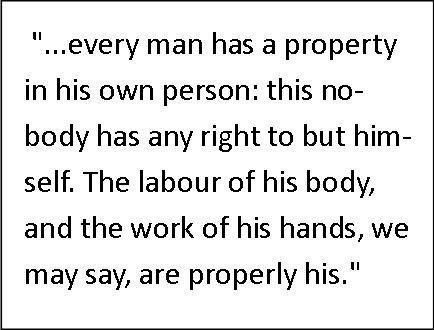 From there, the entire libertarian position can be deduced and defended: the right to do as you choose with your own life and property, so long as you don’t harm the lives and property of others.

From the standpoint of libertarian outreach, there’s another strong advantage of the self-ownership argument. When someone accepts it, they are accepting a baseline argument from which most or all other libertarian positions must also be accepted, or at least taken very seriously. So convince someone of the validity of self-ownership, and they will be allies on most other major issues as well.

Which brings me to… the Eyeball Lottery. 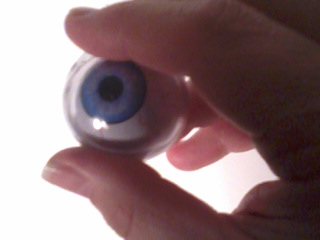 I first encountered this somewhat gruesome but powerful argument in Ayn Rand’s collection of essays The Virtue of Selfishness, Chapter 10, “Collectivized Ethics.”

“It is medically possible to take the corneas of a man’s eyes immediately after his death and trans­plant them to the eyes of a living man who is blind, thus restoring his sight (in certain types of blindness). Now, according to collectivized ethics, this poses a social problem. Should we wait until a man’s death to cut out his eyes, when other men need them? Should we regard everybody’s eyes as public property and devise a ‘fair method of distribution’? Would you advocate cutting out a living man’s eye and giving it to a blind man, so as to ‘equalize’ them? No? Then don’t struggle any further with questions about ‘public projects’ in a free society. You know the answer. The principle is the same.”

Other writers have presented this idea in different ways. Here’s how you might present it in a conversation:

“As you know, there are millions of people in the world who, through no fault of their own, are blind. Meanwhile, most people, through sheer luck, are blessed with two functioning eyes.

“Would it be fair, then, for the government to force all two-eyed persons to register for an ‘eyeball lottery’ to remedy this imbalance? Those whose numbers are picked would have one of their eyes removed painlessly. That eye would then be given to the blind.

“The result: millions of blind people would now have the gift of sight. And those people who were forced to undergo the surgery would still have one good eye.

“Would you be in favor of that? Do you believe it would be right for the government to force someone to participate in this lottery? Would you willingly take part in such a lottery?”

The answer, of course is almost always… no. Indeed, most people shudder at the proposal.

Virtually everyone knows the answer: It’s just not right. The eyeballs belong to the person. They are his personal property. He owns them, in some definitive way that is universally realized — and, in the same way, he owns the rest of his body parts, and thus, his entire body.

While it might be wonderful if someone voluntarily donated an eyeball in this way, it would be wrong, immoral, unthinkable, monstrous, totalitarian to force people to submit to such an operation — even in the great cause of helping the blind see.

This thought experiment dramatically opens minds to consider the concept of self-ownership. From there, other questions can be asked. Is it right to conscript someone — to force him to face death, in a cause he may not even believe in, for some collective good?

And, if someone owns his body absolutely, doesn’t he then own the right to the fruits of his labor — created by the operation of his own body and mind? And doesn’t self-ownership demand the end of all so-called “victimless crime” laws?

Try it, perhaps with some philosophical or open-minded friends. Great discussions may follow!

An excellent discussion of The Eyeball Lottery is in “Taxation, Forced Labor, and Theft,” an essay by Edward Feser that appeared in the Independent Review published by the Independent Institute. Feser examines this and related self-ownership arguments from Robert Nozick and Murray Rothbard, and counters some arguments that have been raised against the Eyeball Lottery conclusion. Recommended.