(From the Activist Ammunition section in Volume 20, No. 6 of the Liberator Online. Subscribe here!) 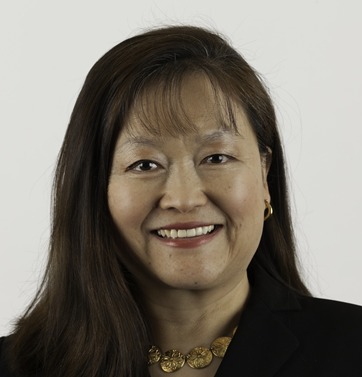 Lily Tang Williams immigrated to the United States when she was 24 to escape communist rule in China. Having grown up under Mao Zedong’s tyrannical communist regime, she doesn’t take her rights for granted — including the right to keep and bear arms.

On February 2 she testified before the Colorado State Legislature, urging the repeal of gun control laws passed in 2013. Her powerful testimony is spreading around the web.

Here’s what she said.

I was born and grew up in People’s Republic of China, where the Communist Party rules everything. Chinese citizens are not allowed to have any guns ever since the Communist Party took over in 1949. So, Chinese people are left helpless when they need to defend themselves. I grew up with fear like millions of other children. Fear police will pound our doors at night for no good reason (search warrant is not necessary for them to do that), fear bad guys will come to rob us (there were crimes in our poor neighborhood), fear my parents and brothers would get hurt and taken away. I have seen local people who defend themselves with kitchen knives, rocks, glass bottles and sticks against criminals. But when it comes to dealing with the Chinese government and police brutality, there is nothing we could do.

Remember June 4th Tiananmen Square massacre in 1989? Our own soldiers, ordered by the top leaders in Beijing, killed thousands of students. Even though the local residents were supporting students, they had no ways to help them. Some Beijing residents begged for the tanks to stop but they did not. What if the residents and students had guns? What if there was militia in China that time? What if the citizens had unlimited magazines? The history might have been different.

Why do you limit our firearms to only 15-round magazines? Do the criminals limit theirs? Does the government limit theirs? If we use our guns primarily for self defense, I need as many magazines as needed to defend my family and myself because I am a bad shot. It seems not fair at all to limit law abiding citizens’ ability for self defense. What if the shop owners only could fire 15 times during the famous LA riot? What if the home owners ran out of bullets during the looting after Hurricane Katrina? What happens if the ranchers near the border have to face a big group of drug cartels who threaten them? How about the famous cases of our government gone wild: Ruby Ridge, Waco, Texas, Athens, Tennessee — a small town in the U.S.A at the end of the World War II, where the local dictators wanted to highjack the election results with their guns, [but] local residents organized and armed themselves to take their town back?

I came to the U.S. for freedom, including the freedom granted by the Second Amendment: the right to keep and bear arms shall not be infringed. When I held my own gun for the first time in my life in this country, I felt empowered and for the first time, I felt free.

If the Communist government took my gun rights away, why are you limiting my gun rights in Colorado? Are you becoming communists? I hope not. I lived under tyranny for 24 years, I do not want to ever live under it again.

Please vote as if the Constitution actually means something, because it does! Didn’t you swear that you would uphold the U.S. Constitution and Colorado constitution when you became a House representative? I urge you to vote yes on HB15-1009, Repeal Large Ammo Magazine Ban, making our beautiful state free again. Thank you.