Yale Professor: Every Law Has a Death Penalty

(From the Activist Ammunition section in Volume 19, No. 24 of the Liberator Online. Subscribe here!)

Stephen Carter, a distinguished Yale law professor and author of 12 acclaimed books, says he startles his new law students with a vital but little-understood truth about law and government: 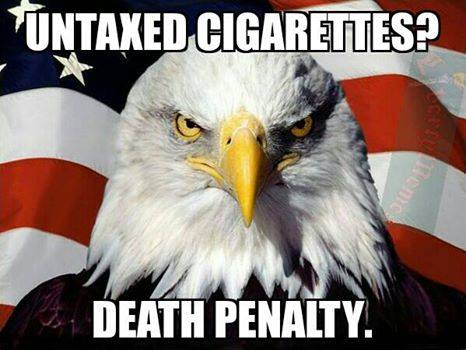 “On the opening day of law school, I always counsel my first-year students never to support a law they are not willing to kill to enforce,” he writes at Bloomberg View.

“Usually they greet this advice with something between skepticism and puzzlement, until I remind them that the police go armed to enforce the will of the state, and if you resist, they might kill you.

“I wish this caution were only theoretical. It isn’t. Whatever your view on the refusal of a New York City grand jury to indict the police officer whose chokehold apparently led to the death of Eric Garner, it’s useful to remember the crime that Garner is alleged to have committed: He was selling individual cigarettes, or loosies, in violation of New York law. …

“Libertarians argue that we have far too many laws, and the Garner case offers evidence that they’re right.”