As of this week, the online World’s Smallest Political Quiz has now been taken more than 21 MILLION TIMES since we first put it on the Web in 1995.

Regular readers will remember we celebrated the 20-million milestone just a few months ago, in late October. So we’re delighted that in the four months since then, the Quiz has been taken an additional million times, reaching so many more people with the mind-changing idea of a new political map — one that includes libertarianism!

The Quiz has become an Internet legend — the world’s first, and by far most popular, Internet political quiz.

This is fantastic news for libertarians. Because the Quiz is arguably the most effective tool for libertarian understanding and outreach ever invented.

When people take the Quiz: 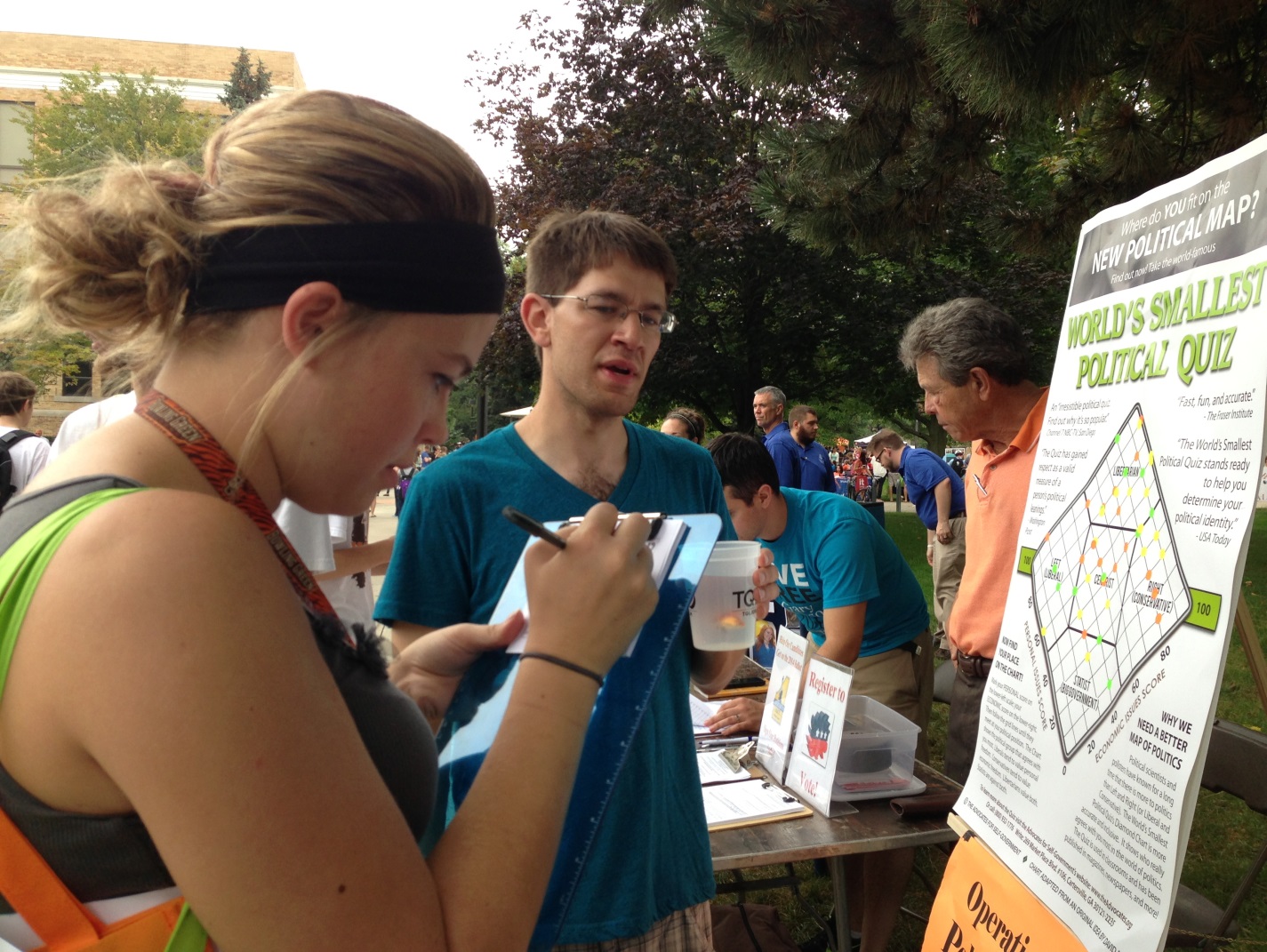 spectrum — that there is more to politics than just left versus right.

* They get insights into their own political views, and they think about some of today’s most important — but often ignored — political issues.

* They learn that, on many key issues, libertarians are their allies, even if they consider themselves liberals or conservatives or centrists.

* A large percentage of Quiz takers discover they are libertarians, or have more in common with libertarianism than any other political philosophy.

* At our website, Quiz takers are given instant access to outstanding information about libertarian ideas. Their questions are answered. They are given the opportunity to become active in the libertarian movement. And they are offered tools and training to help them become ever more effective and successful in their libertarian outreach.

Please note: the amazing success of the Quiz is no accident. The Advocates has spent many years developing, refining and promoting the Quiz.

The World’s Smallest Political Quiz was created by Advocates Founder Marshall Fritz in 1987. It was built on a revolutionary multi-spectrum political chart created in 1970 by David F. Nolan (a co-founder of the Libertarian Party). Fritz added ten short questions and a graph to Nolan’s chart. The questions and graph allowed people to quickly plot their place on the political spectrum, as well as giving other political insights.

From the beginning, Marshall insisted that the Quiz be not just fast and fun, but above all honest and accurate — giving reliable and useful insights to those who take it.

The result is a tool so effective and mind-opening that non-libertarian educators, journalists and others can — and do — use it and recommend it.

During the past decade, the Quiz has been featured in many of America’s best selling college and high school textbooks or their supplementary material, including more than a dozen key textbooks by the biggest names in publishing. And we’ve supplied educators, at their request, with tens of thousands of card Quizzes for their classrooms. (Are you a teacher, professor, or other education professional? Email me for information on free Quizzes for your students, or fill out the request form at the bottom of this page.)

This is tangible, real-world outreach success. And it is making a real difference.

As Ron Paul has said: “The World’s Smallest Political Quiz is responsible for many Americans’ first contact with libertarian ideas. While traveling around the country, I have often heard people say, ‘I never knew I was a libertarian until I took the Quiz!'”

The success of the Quiz is great news for the entire liberty movement. We’re finding and educating the libertarian leaders, activists and supporters of tomorrow!

NONE of this success would have been possible without the help of the many wonderful people who support the work of the Advocates with their generous donations.

Thank you! Now, on to the NEXT million!