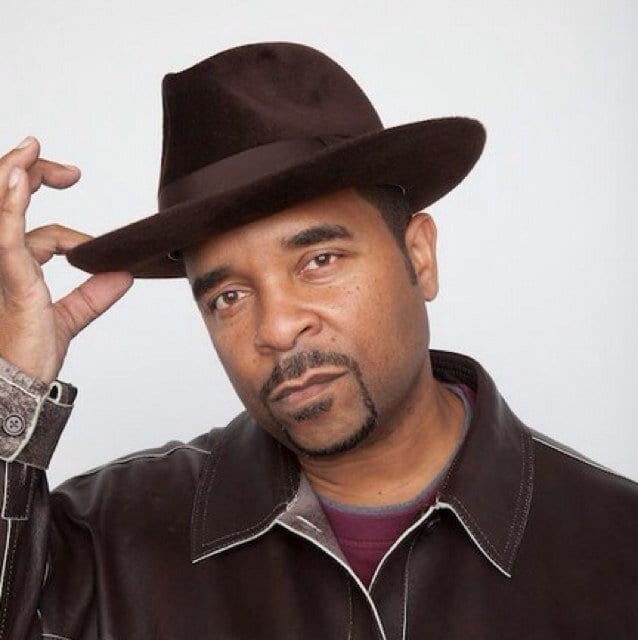 Anthony Ray (born August 12, 1963), better known by his stage name Sir Mix-a-Lot, is an American rapper and producer based in Seattle, Washington.

In 1983, Sir Mix-a-Lot and his partner, Nasty Nes, founded the Nastymix record label. Mix-a-Lot’s first hit, released in 1987, was the single “Posse on Broadway,” whose title referred to Broadway in Seattle’s Capitol Hill district. The “Godzilla” remix of “Posse on Broadway” contained a sample from David Bowie’s 1975 hit “Fame,” but neither the album version nor the original seven-inch edit, which was used for the video, used the Bowie sample. The song made the Top 100 but quickly disappeared, although it remains popular in the Seattle area for its references to many local landmarks.

Swass, Mix-a-Lot’s debut album, was released in 1988 with two other singles: “Square-Dance Rap” and a hip hop cover of the Black Sabbath song “Iron Man” backed by the band Metal Church. In 1990, the Recording Industry Association of America certified Swass platinum.

In 1991, Sir Mix-A-Lot signed to the Def American label, which also bought the rights to his first two albums, and released his third album Mack Daddy in 1992. The single “Baby Got Back” was a number-one hit that went double platinum and won the 1993 Grammy Award for Best Rap Solo Performance. Although the song was extremely popular across all age levels, MTV aired the music video for the song only during evening hours because of what they termed “its sexual nature.”

In 1993, Sir Mix-a-Lot collaborated with Seattle-based grunge group Mudhoney for the song “Freak Momma” on the Judgment Night soundtrack.

In 1994 he released “Chief Boot Knocka” and the album reached #69 on the Billboard 200 and #28 on the Top R&B/Hip-Hop Charts. The album featured the hit single “Put ‘Em On The Glass.” “Just Da Pimpin’ in Me” was nominated for the Grammy Award for Best Rap Solo Performance but lost to “Let Me Ride” by Dr. Dre.

When his 1996 album Return of the Bumpasaurus was only given a low label promotion, leading to lackluster sales, Sir Mix-a-Lot left the American label. During the time off he worked closely with another group, The Presidents of the United States of America under the group name “Subset” with a combination of rock and rap music, but nothing was ever officially released.

In 2010, Sir Mix-a-Lot announced his next album, Dun 4got About Mix. The lead single “Carz” was released to YouTube on 23 Nov 2010. By June 2011, the video had acquired over a million views, although no release date for the album has been set. In the same year, his F.U.B.A.R. Remix for the song Conditions Of My Parole appeared on Puscifer’s remix album All Re-Mixed Up.

On June 6, 2014, Sir Mix-a-Lot collaborated and performed with the Seattle Symphony on a new composition by Gabriel Prokofiev as part of the symphony’s Sonic Evolution series of new orchestral pieces inspired by Seattle’s music icons.

In 2014, Trinidadian rapper Nicki Minaj released the single “Anaconda,”, which prominently featured samples from “Baby Got Back.” Sir Mix-a-Lot praised both the artist and the song, calling it the “new and improved version” of “Baby Got Back.” – Wikipedia